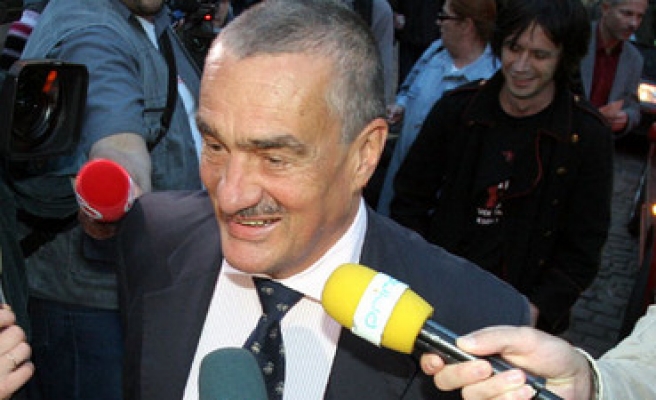 The cartoon is one of 12 images first published in a Danish newspaper in 2005, sparking Muslim protests in many countries.

The posters, which say "Freedom is not for free," appeared this week in Brno, the second-largest Czech city. It was unclear who put them up, but they were signed by "Friends of Freedom of Speech."

"Prophet Mohammed did not know any bombs at his time. It is a sheer mockery," Schwarzenberg said in a statement issued late Wednesday.

"I find it sad ... It has nothing to do with the freedom of speech," he said.

About 8,000 Muslims live in Czech Republic, a Central European country of 10 million people.