Dalai Lama will quit if violence out of control

The Dalai Lama said on Tuesday he would resign as Tibetan leader if violence went out of control in Tibet. 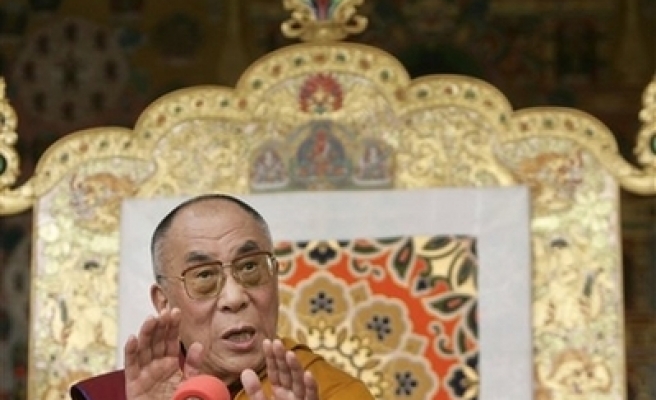 The Dalai Lama said on Tuesday he would resign as Tibetan leader if the situation went out of control in Tibet, and he denied accusations from China that he was inciting violence.

"If things become out of control then my only option is to completely resign," Dalai Lama, Tibet's exiled spiritual leader, told a news conference at his base of Dharamsala in northern India.

On Tuesday, China's premier Wen Jiabao accused the Dalai Lama of orchestrating riots in which dozens may have died and said his followers were trying to "incite sabotage" of Beijing's August Olympic Games.

The Dalai Lama, who fled into exile in India in 1959, denied Chinese accusations he was inciting the rioting.

"Investigate thoroughly, so if you want to start investigating from here you are most welcome," he said.

"Check our various offices ...They can examine my pulse, my urine, my stool, everything."

The Nobel peace laureate says he wants autonomy for Tibet within China but not outright independence.

Monk-led anti-China protests in Lhasa, the biggest in almost two decades, turned ugly on Friday, weighing uncomfortably on the Communist leadership anxious to polish its image in the build-up to the Olympic Games.

India hosts the Dalai Lama in the India city of Dharamsala, seat of the self-proclaimed Tibetan government-in-exile and the scene of daily protests in the past week.