Danish Muslims and politicians have deplored statements by a far-right lawmaker comparing hijab to the Nazi swastika, warning that the anti-hijab campaigns were fueling tension in the European country. 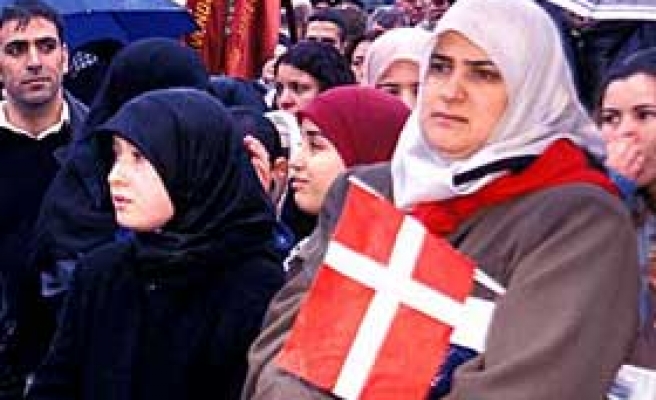 "It illustrated the perilous language used by the Danish People's Party that harms society and fuels tension."

DPP spokesman Soeren Krarup on Thursday, April 19, said that hijab was similar to the Nazi swastika.

"The (Muslim) veil is a totalitarian symbol that can be compared to the symbols we know from the Nazi swastika and from communism," he said.

Krarup claimed that the wearing of hijab was against the Danish Constitution.

His statements came one day after hijab-clad TV host Asmaa Abdol-Hamid said she intended to run for the coming parliamentary elections.

"A few people oppose my hijab," she told IOL. "The anti-hijab campaigns, however, have proved futile they were meant to oppress Muslim women and restrict their freedoms."

"Hijab is part of my character and my Islamic and Danish identity," she said, adding that Danish laws do not bar women from wearing hijab in parliament.

The hijab-clad woman, whose appearance on the Danish television sparked a heightened debate in Denmark last year, insisted that she would keep her veil if she entered parliament.

"Woman can be Danish while keeping her hijab," she said, calling on hijab-clad women to take part in public activities in the European country.

"These statements only aim to sow sedition in Danish society," the council said in a statement.

"It is a pity that a member of a party claiming to be a proponent of democracy is giving such explosive statements."

"I do not agree with Soeren Krarup and I don't like this comparison at all," Prime Minister Anders Fogh told television station TV2.

"The Nazi symbol is a symbol of the most totalitarian ideology the world has ever known while the veil is a religious symbol."

Islam sees hijab as an obligatory code of dress, not a religious symbol displaying one’s affiliations.

Islam is Denmark's second largest religion after the Lutheran Protestant Church, which is actively followed by four-fifths of the country's population.

There are about 180,000 Muslims in Denmark, according to unofficial estimates.