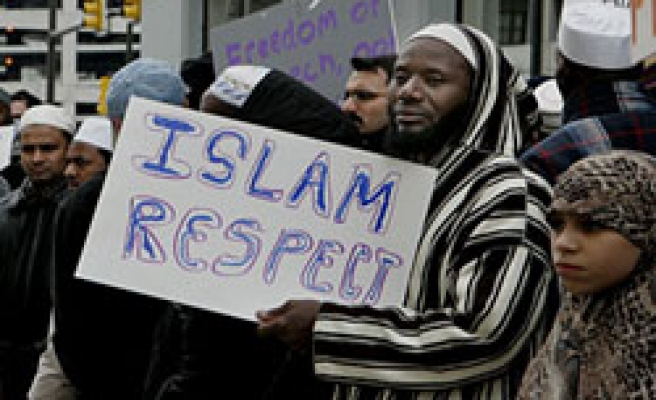 Muslim magistrates were authorized to wear a headscarf in courtrooms back in December, but the media "only revealed" recently the decision.

Three DDP party ads printed in Thursday's newspapers were to show Muslim women dressed as judges and wearing various veils, along with the words: "The country will be built on Sharia (Islamic) law."

The DPP is a parliamentary ally of Denmark's centre-right coalition government.
Justice Minister Lene Espersen said a government panel which had taken up the issue on Wednesday had decided to set up a committee to compare the Danish situation with that prevailing in other countries.

"I totally disagree with the juridical administration on the veil," she said, adding that the decision could be invalidated by a new law.

But the Danish Court Administration, an independent body under the Justice Ministry ruled that court employees could, wear headscarves, turbans or similar headwear, as long as the face is not covered.

However, Among young people aged 18-25, nearly 75 percent said they would not mind a judge wearing a headscarf, while only 16 percent of those polled over 65 expressed that same opinion, according to a Rambøll/Jyllands-Posten survey.

The government is unable to overturn the ruling since the administration is an independent state body.

But if the government want to prevent Muslim women from freedom of wearing headscarf in court, a majority in parliament can change legislation in the area.

The Danish Court Administration was established as a new independent government institution on 1 July 1999. It ensures proper and adequate administration of the courts' and the Appeals Permission Board's funds, staff and court buildings.

The Danish Court Administration, headed by a board of governors and a director, belongs under the Ministry of Justice. But the Minister of Justice has no jurisdiction over it and may not change decisions made by the administration.