"We are now trying to control Khartoum. God willing we will take power, it's just a matter of time," said senior JEM commander. 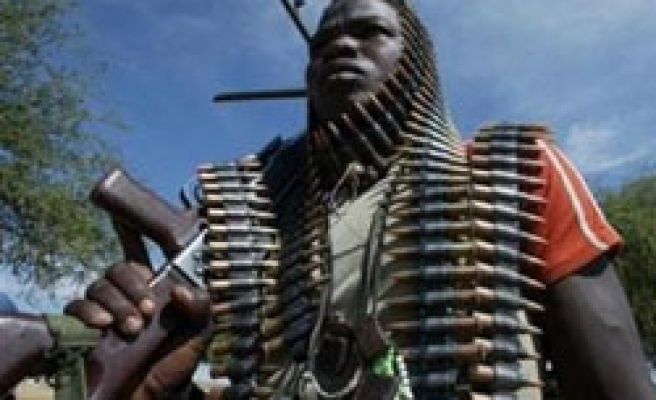 A Darfur rebel commander said on Saturday his JEM group had entered Khartoum and was aiming to take power in Sudan.

Khartoum was placed under an overnight curfew after fighting in the west of the capital on Saturday. It would be the first time a rebel group has entered Khartoum.

Heavy gunfire was heard in the west and helicopters and army vehicles headed towards the suburb of Omdurman, witnesses said. Later, artillery was heard.

The Darfur Justice and Equality Movement (JEM) rebels said they had taken control of Omdurman which lies on the opposite bank of the River Nile from Khartoum.

"We are now trying to control Khartoum. God willing we will take power, it's just a matter of time," senior JEM commander Abdel Aziz el-Nur Ashr told Reuters by telephone.

"We have support from inside Khartoum even from within the armed forces."

Darfur rebels fought battles with Sudan's army in the North Kordofan province bordering Khartoum on Friday and Saturday, according to a local government official and witnesses.

ARMY: SITUATION IS UNDER CONTROL

The army said the curfew was to preserve the safety of the civilians and the situation was under control.

The shooting in Omdurman could be heard down the telephone of one resident who telephoned Reuters on Saturday.

"There is very, very heavy shooting here and we are all terrified," the resident called al-Sadig said.

"It's all green here because of the military uniforms. There is a lot of army on the streets, security men and military trucks," another witness in the suburb said later.

Many in Khartoum hunkered down at home and the streets were filled by people rushing to their houses.

Diplomatic missions held emergency meetings early on Saturday. They have been on alert since Friday morning. The main phone network crashed in the capital because it was overloaded.

Khartoum houses the bulk of Sudan's population with an estimated 8 million people living in the state. Despite civil wars ravaging Sudan's peripheries for decades, the capital has remained a haven of safety with armed clashes unheard of.

Earlier, JEM said it was strengthening its forces in Kordofan but not attacking government troops to avoid causing civilian casualties.

But a local government official said the heavily armed rebels had scattered after an army counter-attack.

"The government and the armed Darfur movements are engaged in battles and there was bombing by planes and the rebels have scattered," Abdel Majid Abdel Farid, a member of the administrative council of North Kordofan's eastern town of Hamrat al-Wizz told Reuters from the area.

He said the Darfur rebels had spread out on Friday all over the state in an "unprecedented manner", carrying very heavy weapons.

The army accused Chad on Saturday of backing the rebels. State minister for information, Kamal Obeid, called the events strange and unacceptable. Clearly flustered, he told state television that JEM was "paying the bill for Chad".

The army told the state news agency SUNA in a statement it had repulsed an attack from the Chadian army which used heavy artillery in the Chad-Darfur area of KashKash late on Friday.

JEM said earlier it was tightening its control on Kordofan.

"We are deploying our forces as and when we see fit to," said senior JEM official al-Tahir al-Feki. "We are making a total deployment and getting a grip on Kordofan.

Darfur's JEM have attacked government forces in Kordofan in the past in hit-and-run raids.

International experts estimate some 200,000 people have died and 2.5 million made homeless in five years of fighting in Darfur after mostly non-Arab rebels took up arms accusing central government of neglect.

The International Criminal Court has issued arrest warrants for a junior government minister and an allied militia leader accused of war crimes. Khartoum refuses to hand them over and blames the Western media for exaggerating the conflict.