The death of Mahmoud Darwish marked the tragic loss of another legendary figure in the Palestinian national movement, and indeed in the cultural and intellectual life of the wider Arab world. 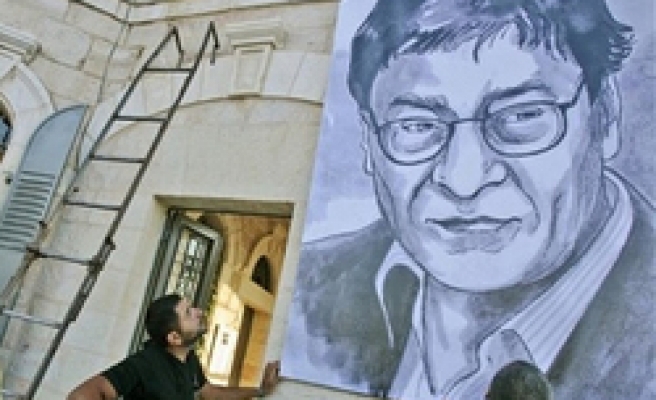 Mahmoud Darwish is gone, but his struggles are not yet laid to rest


The death of Mahmoud Darwish marked the tragic loss of another legendary figure in the Palestinian national movement, and indeed in the cultural and intellectual life of the wider Arab world. Through his poetry and other writings, Darwish gave voice to the sufferings of the Palestinian people under occupation and in exile, while simultaneously articulating their dreams of living at peace as equal citizens in their own state. Conveying this dual spirit of hope and despair was a delicate balance that only a skilled poet could master.

It was with this spirit that Darwish was both a strong critic of Israeli oppression while at the same time publicly struggling to find some form of accommodation with dissident Jewish Israelis. This is particularly true in the case of his later works, which were imbued with a sense that both the victims and the oppressors in the Palestinian-Israeli conflict are destined to share the same uncertain future in which the Israelis are dragging both parties toward national suicide. But his efforts to engage the Israeli people and dispel their "racist superstitions" were flatly rebuffed. In fact in 2000, an Israeli minister's proposal to teach Darwish's works in public schools sparked a political firestorm that saw right-wing lawmakers try to oust the government of Ehud Barak through a no-confidence vote.

It was not just the Israelis who drew Darwish's critical attention. Indeed, he was among the most vocal critics of the fratricidal divisions that have emerged between the leading Palestinian factions, Hamas and Fatah. Recall Darwish's words during a 2007 poetry recital in Haifa: "We woke up from a coma to see a monocolored flag [of Hamas] do away with the four-color flag [of Palestine," he said. "We have triumphed. Gaza won its independence from the West Bank. One people now have two states, prisons who don't greet each other. ... We have triumphed knowing that it is the occupier who really won." The words serve to further demonstrate how well Darwish and his generation of Palestinian intellectuals and leaders understood that a movement divided against itself could never succeed. If only the heirs to the Palestinian struggle would figure that out.
Darwish is now gone, but the causes he defended are nowhere near resolved and the Palestinian people who have long been denied the basic right of statehood and civil liberties are experiencing unprecedented vulnerability. Unfortunately, his wish to be buried near his birthplace in what is now Israeli soil will also remain unfulfilled. One can only hope that when Darwish is laid to rest on Wednesday he will have finally found the peace that was for so long denied him by Israelis and Palestinians alike.