Information found on a melted disk drive that fell from the sky when space shuttle Columbia disintegrated in 2003. 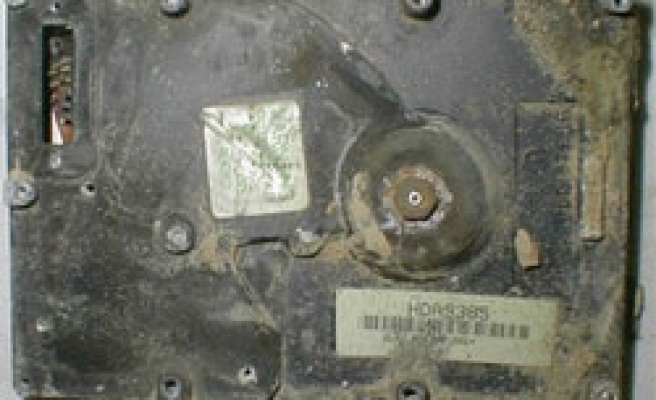 Jon Edwards often manages what appears impossible. He has recovered precious data from computers wrecked in floods and fires and dumped in lakes. Now Edwards may have set a new standard: He found information on a melted disk drive that fell from the sky when space shuttle Columbia disintegrated in 2003.

"When we got it, it was two hunks of metal stuck together. We couldn't even tell it was a hard drive. It was burned and the edges were melted," said Edwards, an engineer at Kroll Ontrack Inc., outside Minneapolis. "It looked pretty bad at first glance, but we always give it a shot."

During Columbia's fateful mission, the drive had been used to store data from a scientific experiment on the properties of liquid xenon.

Most of the information was radioed to Earth during Columbia's voyage. Edwards was able to recover the remainder, allowing researchers to publish the experiment in the April issue of a science journal, Physical Review E.

That led Kroll Ontrack to share details of its salvage effort.

Columbia broke apart during re-entry into the atmosphere on Feb. 1, 2003, killing its seven astronauts. The shuttle had been damaged at launch by foam insulation that fell off an external fuel tank.

Like other Columbia debris, the mangled disk drive turned up in Texas. It was six months after the disaster when a NASA contractor sent the drive to Kroll Ontrack, which specializes in data recovery.

Edwards had reason for pessimism. Not only were the drive's metal and plastic elements scorched, but the seal on the side that keeps out dirt and dust also had melted. That made the drive vulnerable to particles that can scratch the tiny materials embedded inside, destroying their ability to retain data in endless 0s or 1s, depending on their magnetic charge.

However, at the core of the drive, the spinning metal platters that actually store data were not warped. They had been gouged and pitted, but the 340-megabyte drive was only half full, and the damage happened where data had not yet been written.

Edwards attributes that to a lucky twist: The computer was running an ancient operating system, DOS, which does not scatter data all over drives as other approaches do.

After cleaning the platters with a chemical solution, Edwards used them in a newly built drive. The process — two days from start to finish — captured 99 percent of the drive's information.

And to drive home just what a long shot his recovery had been, he later had no success with two other drives found in Columbia's wreckage. Blasted by the unfathomable furnace of entry into the atmosphere, their metals had lost the ability to hold a magnetic charge.