Five babies die and 17 are injured as a fire sweeps through a Bosnian orphanage in the capital, Sarajevo. 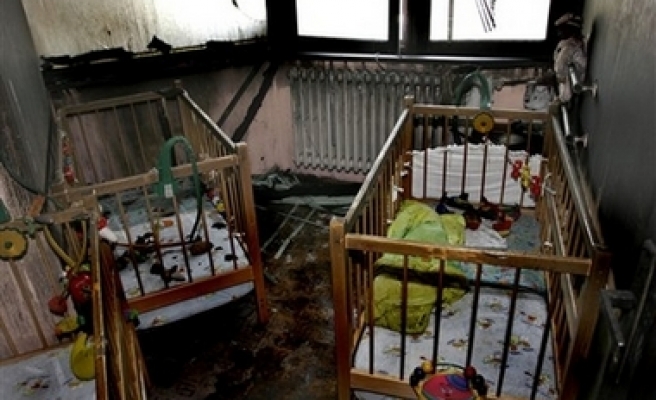 Five babies were killed when a fire broke out in an orphanage in the Bosnian capital, Sarajevo, police and hospital officials have said.
Three baby boys and two girls died from smoke inhalation when a blaze began in their bedroom, the fire brigade said.

At least 17 other babies were injured and a nurse who tried to save the children was treated for burns.

Firefighters said they managed to extinguish the blaze, which began in the early morning, in 10 minutes.

A hospital spokeswoman said that two of the 17 babies in hospital were in a critical condition while the others remained stable.

The fire began in a room on the third floor where the babies sleep.

Police said they had launched an investigation into the fire at the orphanage, home to 110 children.