The UN's nuclear watchdog says it has reached an "understanding" with North Korea on how it will monitor the closure of a major nuclear reactor. 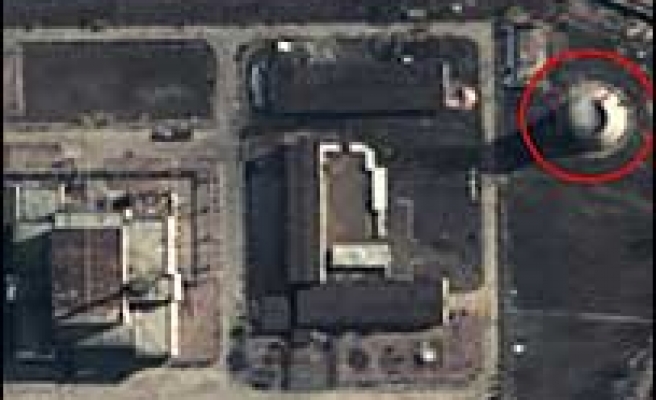 The head of an International Atomic Energy Agency team said the terms of a deal had been agreed "in principle".

Olli Heinonen said he would report to the IAEA board next week but any further terms had to be agreed by the five nations in talks with Pyongyang.

North Korea agreed in February to shut the plant in return for foreign aid.

The deal was agreed between North Korea and its partners in nuclear disarmament talks - the US, China, Japan, Russia and South Korea.

The Yongbyon nuclear site, about 100km (65 miles) from the capital, is the centrepiece of North Korea's nuclear programme.
Mr Heinonen told the AP news agency in Pyongyang that the IAEA had agreed the terms of a deal to monitor Yongbyon's closure.

"We have concluded this understanding, what our monitoring and verification activities are in principle," he said.

He did not give any more details.

He is quoted as saying his team plans to submit its report to the IAEA board next week.

However, he said, the ultimate timing of the reactor's closure would have to be agreed by the six nations involved in the disarmament talks.

"This is for the six parties to decide. You have to ask them the time scale," he is quoted as saying.

Mr Heinonen earlier said his team was "satisfied" with a tour of the Yongbyon reactor site.

"We were able to see all of the places we wanted to see. I'm satisfied with the inspection," Japan's Kyodo News agency quoted Mr Heinonen as saying.

"The North Korea side has been extremely co-operative," he said at the conclusion of the two-day inspection.

Pyongyang invited the four-member delegation to discuss details of the closure of the reactor under an international deal agreed in February.

Speaking on Thursday, US Secretary of State Condoleezza Rice said she hoped for swift action.

"We hope for now rapid progress given the beginning, we believe, of the North Korean efforts to meet their initial action obligations," she said.

Monitoring officials were expelled from Yongbyon in December 2002, after which the reactor went into operation, allegedly producing enough plutonium for up to 12 nuclear devices.