The increase in the rates of cesarean sections reported by many countries appears to be associated, in part, to more and more women deciding to have children later in life, according to a report in the current issue of PLoS Medicine. 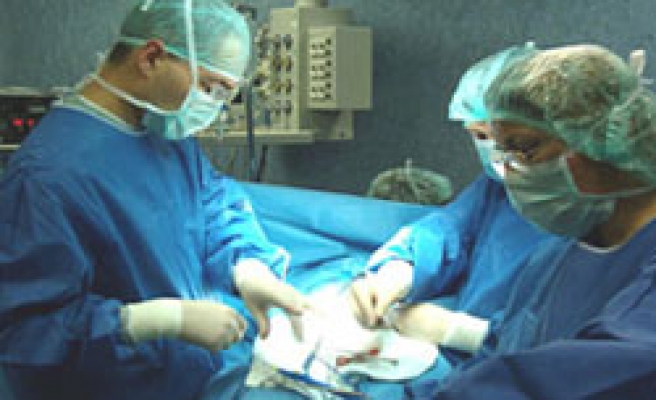 In the study, laboratory testing showed that as maternal age increases, the ability of the smooth muscle of the uterus to contract slows down, which is thought to slow the progression of labor, thereby increasing the likelihood of c-section.

"These findings clearly indicate that the association between advanced age and poor outcome in labor is likely to reflect a biological effect of aging on the uterus," lead author Dr. Gordon C. S. Smith, from Cambridge University in the UK, said in a statement.

Smith and colleagues base their conclusions on an analysis of data from 583,843 women entered into a Scottish database from 1980 to 2005.

During that period, the overall c-section rates more than doubled. For each 5-year increase in a woman's age, after the age of 16 years, the odds of c-section rose by 49 percent, the investigators report. In addition, with each 5-year interval, the duration of labor rose by 30 minutes.

The authors estimate that if no change in the age distribution had occurred during the study period, 38 percent of the increase in c-sections would have been avoided.

Laboratory testing was performed on muscle tissue from the lining of the uterus of 62 women who had planned have a c-section. As noted, with increasing maternal age, irregular uterine muscle activity increased as well.

"As more women delay childbirth, it is essential that we fully understand the effects of age on childbirth if we are to impact on rising rates of intervention in pregnancy," Smith emphasized.