Zimbabwe, torn by political and social strife, is the least happy, while the world's richest nation, the United States, ranks 16th. 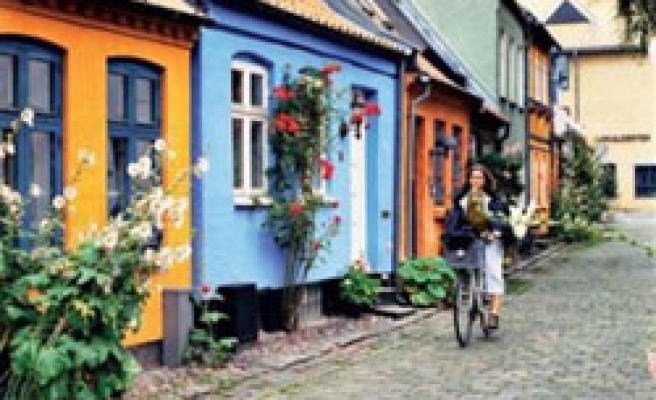 Denmark, with its democracy, social equality and peaceful atmosphere, is the happiest country in the world, researchers said on Monday.

Zimbabwe, torn by political and social strife, is the least happy, while the world's richest nation, the United States, ranks 16th.

Overall, the world is getting happier, according to the U.S. government-funded World Values Survey, done regularly by a global network of social scientists.

"I strongly suspect that there is a strong correlation between peace and happiness," said Ronald Inglehart, a political scientist at the University of Michigan's Institute for Social Research, who directed the study.

And, said Ingelhart, there is a strong correlation between happiness and democracy.

"Denmark is the happiest country in the world in our ratings," Inglehart said in an audio statement released by the National Science Foundation, which paid for the analysis.

"Though by no means the happiest country in the world, from a global perspective the United States looks pretty good," Inglehart said. "The country is not only prosperous; it ranks relatively high in gender equality, tolerance of ethnic and social diversity and has high levels of political freedom."

The survey, first done in 1981, has kept to two simple questions:

"Taking all things together, would you say you are very happy, rather happy, not very happy, not at all happy?" And, "All things considered, how satisfied are you with your life as a whole these days?"

Writing in the journal Perspectives on Psychological Science, Ingelhart's team said they have surveyed 350,000 people.

"Ultimately, the most important determinant of happiness is the extent to which people have free choice in how to live their lives," Inglehart said.