Depression can trigger diabetes: US study

People with depression have a higher risk of developing the most common form of diabetes than others, according to a study published on Tuesday that sheds light on the interplay between the two conditions. 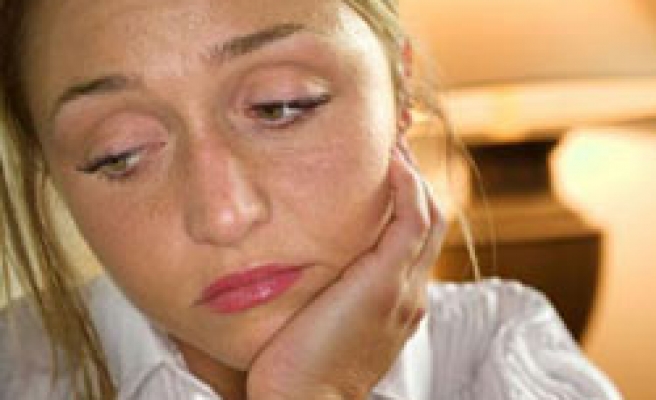 The study indicated that the relationship between type 2 diabetes, the form of the disease closely linked to obesity and sedentary lifestyle, may be a bit like a two-way highway. Not only can diabetes lead to depression, as has been well established, but depression can also lead to diabetes.

U.S. researchers led by Dr. Sherita Hill Golden of Johns Hopkins University School of Medicine in Baltimore tracked an ethnically diverse group of about 5,000 men and women between ages 45 to 84 for about three years.

They found that people with symptoms of depression were 42 percent more likely to develop diabetes by the end of the study than those without such symptoms. They also found that the more serious the symptoms, the higher the risk of diabetes.

The researchers statistically accounted for factors including obesity, lack of physical activity and smoking, and found that the risk for diabetes was still 34 percent higher in patients with depression.

"And those are all known risk factors for type 2 diabetes. So it seems that some of the adverse health behaviors associated with depressive symptoms were an important component of that relationship (between depression and diabetes)."

Golden added that depression also pushes up the levels of stress hormones such as cortisol.

Diabetes is a disease marked by high levels of sugar in the blood. In type 2 diabetes, the body becomes resistant to the effects of the hormone insulin or the body produces some, but not enough, insulin to keep a normal blood sugar level.

Elevated cortisol levels can impair insulin sensitivity in the body and encourage belly fat, a risk factor for diabetes.

The study also measured the risk for developing depression among people who already had diabetes. To do this, the researchers excluded people who had elevated symptoms of depression at the outset of the study.

People who had been treated for diabetes were 54 percent more likely to develop depression symptoms than the others.

An anomalous finding was that people who were deemed pre-diabetic -- the precursor to diabetes -- as well as people who actually had diabetes but did not know it were about 20 percent less likely to develop depression than non-diabetics.

The researchers suspect this may be at least in part because those people did not have the psychological burden of knowing they had a serious disease like diabetes.

Evidence is building that depression can trigger diabetes.

A study last year in the journal Archives of Internal Medicine headed by Mercedes Carnethon of Northwestern University in Chicago found that people age 65 and older with symptoms of depression were more likely to develop diabetes than those without depressive symptoms.