Diabetes as risky as having a prior heart attack

Diabetics have the same risk of having a heart attack or stroke as patients who have survived one heart attack, researchers reported on Monday. 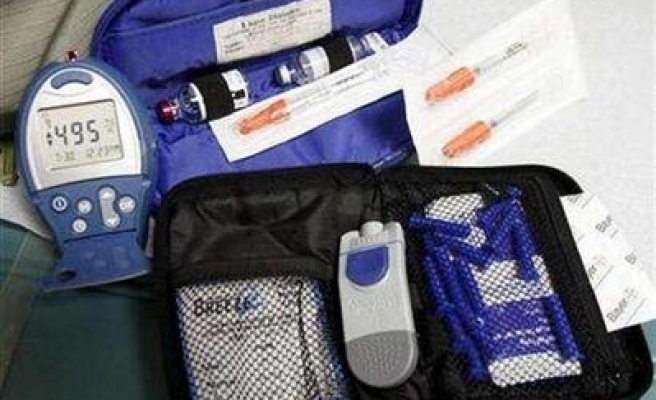 People with diabetes have more than 2.4 times the normal risk of dying from cardiovascular disease -- about the same as those who have had a heart attack, the five-year Danish study of more than 3 million people found.

"The increased risk was observed in people at all ages with either type 1 or type 2 diabetes who were receiving insulin or other drugs to reduce levels of sugar in the blood," said Dr. Tina Ken Schramm, who led the study at the Gentofte Hospital in Hellerup, Denmark.

"When people with diabetes do have heart attacks, they are twice as likely to die as non-diabetics."

They found that men with diabetes were 2.32 more likely than normal to have a heart attack, stroke or die from heart disease, compared to 2.48 times the risk for men who had survived a heart attack.

Schramm's team used national registries that cover virtually every patient in Denmark, and picked out all patients with diabetes receiving glucose-lowering medication.

Writing in the American Heart Association journal Circulation, Schramm suggested that all people with diabetes taking glucose-lowering drugs should ask their doctors about taking other drugs to protect their hearts.

"We've talked about 'the lower, the better' for cholesterol and blood pressure to reduce the risk of heart attack," Schramm said in a statement. "Now I think we should be saying 'the sooner, the better' for primary prevention of cardiovascular diseases in diabetics."