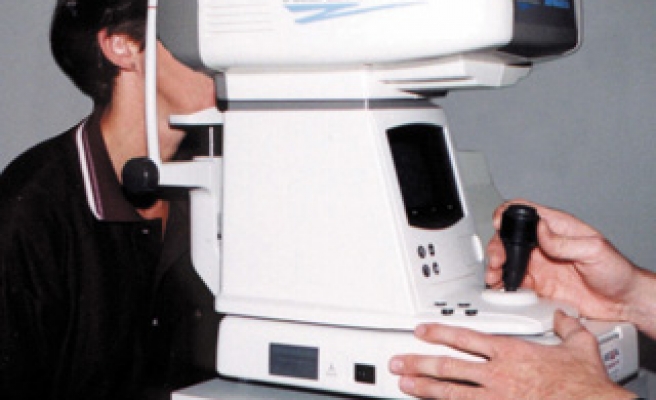 Diabetic retinopathy is the most common cause of blindness among working-aged Americans. The disease, which affects roughly half of diabetics in the U.S., is caused by damage to the blood vessels in the back of the eye.

As reported in the Journal of the American College of Cardiology, Dr. Tien Y. Wong from the University of Melbourne in Australia and colleagues analyzed data from 1,021 adults with type 2 diabetes who were without heart or kidney disease when the study began. Nearly 13 percent of the subjects did, however, have diabetic retinopathy.

During 9 years of follow-up, 10.1 percent of the patients developed heart failure, the investigators note.

Editorialists Dr. Hector O. Ventura and Dr. Madhavi Reddy, from the Ochsner Clinic Foundation in New Orleans, comment that these findings could have important implications for clinicians.

"Current guidelines already identify the need for routine screening for retinopathy in the diabetic patient. In addition to appropriate vision care," they suggest that "the detection of retinopathy might now also warrant a fuller cardiac evaluation and closer follow-up to prevent the development of heart failure."

SOURCE: Journal of the American College of Cardiology, April 22, 2008.