The director of the U.S. Navy staff has been fired for providing "false and misleading information" during an investigation into claims that he had an "inappropriate relationship" while serving at the White House in 1990. 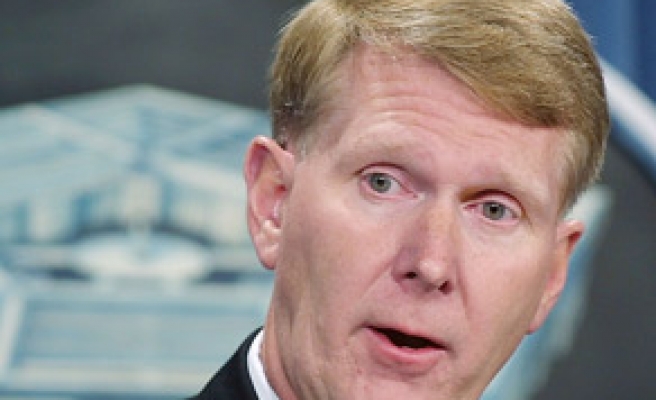 A former military aide to President George H.W. Bush, who later became commander of the U.S. 6th Fleet, has been fired for providing "false and misleading" information to the Department of Defense inspector general, the U.S. Navy confirmed.

Vice Adm. John "Boomer" Stufflebeem was relieved of duty by the chief of naval operations on Friday, according to Rear Adm. Frank Thorp, the chief Navy spokesman.

Navy Times, a privately published newspaper, was the first to report details of the incident.

Thorp confirmed the inspector general had begun a preliminary investigation into an allegation that Stufflebeem had an "inappropriate relationship" while serving as a military aide to the former president in 1990.

Thorp emphasized that Stufflebeem was removed because the inspector general found he had provided "false and misleading" information, not because of the allegation.

Thorp also confirmed that in 1999, the inspector general had investigated the same allegation, but at that time did not find sufficient evidence to pursue it.

Stufflebeem became well known in the initial months of the war in Afghanistan, when he often conducted on-camera television briefings as a Pentagon spokesman. He was then deputy director for global operations on the Joint Staff.

He was commander of the 6th Fleet from May 2005 to September 2007. During that time, he also was deputy commander of Naval Forces Europe, joint force maritime component commander in Europe, commander of strike and support forces for NATO, and allied commander with Joint Command Lisbon.

After returning to Washington, he became director of Navy staff.