Reversing a decade-long trend, the state Department of Social and Health Services has quietly moved 18 disabled youths into the Fircrest School, the youngest a 7-year-old boy. 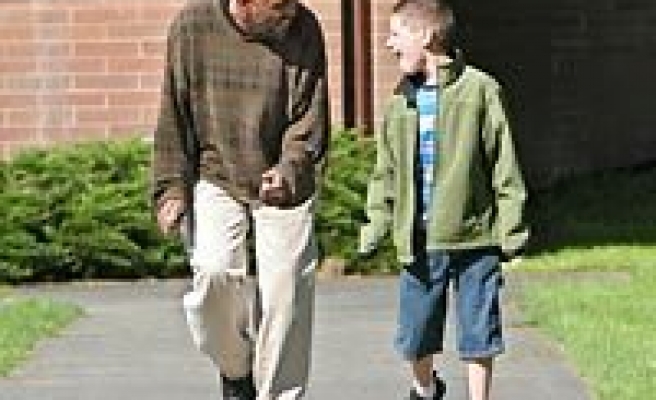 The placements, which began trickling in about a year ago, led to a dispute between the Shoreline School District and DSHS — and as a result, some youths haven't attended school in several months.

The federal Office of Civil Rights is investigating a complaint about the lack of school funding from The Arc of Washington State, an organization that is an advocate for people with developmental disabilities. Meanwhile, workers at Fircrest, an institution in Shoreline for developmentally disabled adults, have been scrambling to build programs and a classroom for their young charges, even as they continue to hope the situation is temporary.

Advocates for the disabled see the placements as an alarming trend.

"It's a huge step backwards for our state," said Sue Elliott, executive director of Arc.

Since the 1970s, there has been a major philosophical shift away from institutionalization. Over the years, some states eliminated institutions for the disabled altogether. Washington, which has five such facilities, has focused on downsizing. The population at Fircrest, for example, is now 200, compared with a high of about 1,100 in the 1960s.

The admission of children and teens stems from a collision, of sorts, between Medicaid rules and a high demand for community resources. Medicaid mandates that institutional care must be available for those who want it and are eligible.

Government programs also pay for care in the community — including things such as group homes and in-home caregivers — but a lack of funding means thousands of disabled people are on waiting lists. Combine the two and you get the vexing situation at Fircrest: If other care were available, these youths likely wouldn't be living there. Fircrest costs about $200,000 annually per person.
According to Linda Rolfe, director of the state's Division of Developmental Disabilities, four of the Fircrest youths are there at their parents' or guardians' request. The remainder, she said, are waiting for places to live or services in the community. Nearly all of them lived with their families and all of them attended public schools before coming to Fircrest.

All of the youths have serious developmental disabilities, and most have extreme behavioral issues. For example, some have a history of striking out at caregivers, breaking things or running away; most need constant one-on-one supervision. Many are nonverbal.

Most experts, including Rolfe, agree it's best for disabled children to live with their families. Some say that institutions deny them the opportunity to learn typical daily activities — such as making lunch or doing laundry — and thus slow their development.

Aside from the recent placements, only one youth, a teenage boy, has been placed permanently at Fircrest in the past decade. Fircrest has also housed some children for short-term stints, often to give their families a break or for specialized medical care.

The institution was able to accommodate children in small numbers. But since last year, Fircrest has had to scramble to hire and train dozens of aides for round-the-clock care, Singh said. She still hasn't been able to hire a child psychologist. There's no playground yet, except for an old swing set. The children live together in small groups, though some have limited interaction with peers.

Singh emphasized that the children are getting good care, but she hopes they can soon move back into the community.

Shoreline School District officials, meanwhile, said they simply can't handle so many special-needs students. The district has been struggling to recover from a budget deficit.

Last spring, school officials learned that a few children had been placed at Fircrest, which would make their education Shoreline's responsibility.

"We were told it was temporary," said Shoreline Superintendent Sue Walker. "Come fall, they would not be there."

Shoreline enrolled the children in special-education classes, as DSHS kept assuring the district it was temporary.

"Although some students did leave, others came right behind them," she said. Then the district learned some of the students were considered permanent placements.

"That was a very different scenario for us," Walker said.

Special-education students require extra attention from staff members, and each needs an individualized program. To illustrate the complexity of the situation, a Shoreline administrator said one child's needs are so specialized that he has his own classroom.

Two months ago, the district drew the line: It would keep the six students who were enrolled since the fall. Shoreline dug up a section of Washington law that said DSHS must provide, among other things, the classrooms for residents of state institutions. In a Feb. 15 letter, Shoreline demanded DSHS follow the law.

On April 5, the state agreed to provide classroom space at Fircrest. And on a visit last week, teacher Ladd Beversluis was busy trying to set up something that could accommodate students of elementary- to high-school age.

Shoreline and Fircrest have high hopes for Beversluis, a retired special-education teacher with 29 years' experience. But before he can start teaching, the classrooms need carpeting, acoustical dividers, Internet connections and other improvements. It was unclear when those would arrive.

Meanwhile, the youths, such as Hans Guetlich, are waiting.

Hans, 12, had lived with his family and loved attending school with his peers in the Lake Washington School District. But in mid-March, his family, which includes a 9-year-old sister, needed a break after years of mounting pressures. Hans is nonverbal and sometimes gets so frustrated he breaks things. He needs constant supervision, so his mother, Ann Creighton, couldn't even take a normal trip to the grocery store. Her husband travels for work, so she's often on her own.

"Every day was such a struggle," Creighton said.

She has no problem with the care at Fircrest, although she doesn't want Hans there long-term. But it's certainly expensive compared to what Creighton had been requesting for years — long-term behavioral therapy at home.

And for more than a month, she said, "Hans has been denied a free public education."