Scientists working at California's San Andreas Fault have detected subtle geological changes occurring hours before an earthquake that could enable them to develop an early-warning system aimed at saving lives. 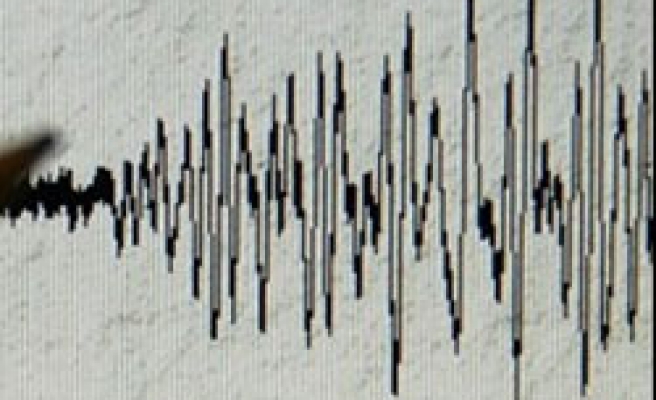 Their instruments detected geological changes most likely caused by tiny fractures forming in the rock ahead of an impending earthquake due to stress in the Earth's crust, according to seismologist Paul Silver of the Carnegie Institution in Washington, one of the researchers.

"It's the opening up of cracks before an earthquake," Silver said in a telephone interview.

The research, published on Wednesday in the journal Nature, was conducted using wells dug 0.6 miles (1 km) deep into the quake-prone fault at Parkfield, California.

Their equipment generated and recorded seismic waves before, during and after two small quakes, allowing them to observe these small, predictive geological changes.

"We are very encouraged by these observations, and we are planning for more experiments to confirm whether these changes are part of the general physical processes before an earthquake," seismologist Fenglin Niu of Rice University in Houston said in a telephone interview.

Scientists have made strides in understanding earthquakes, but finding changes in the Earth's crust that could allow for an advance prediction has remained difficult.

The findings were published just two months after a powerful earthquake in China. The May 12 quake in Sichuan province killed about 80,000 people, with many killed when buildings such as schools collapsed.

"To get the point where we have a practical early warning system for earthquakes, that's still a ways off -- 10 years, maybe 20," Silver said.

If more research finds this effect to be pervasive before earthquakes, these findings may make that goal attainable, the researchers said.

"No matter how much time you have, there's something you can do. Even with a few seconds, you can automatically turn off gas valves. You may even be able to get a hard hat on your head or run outside of a building," Silver said.

"But with something on the order of 10 hours, you could perhaps evacuate populations, you could certainly get people out of city centers and areas that are deemed dangerous."