An international center for inter-faith dialogue was unveiled in the Qatari capital Doha on May 9, to foster better understanding among the world's three monotheistic religions. 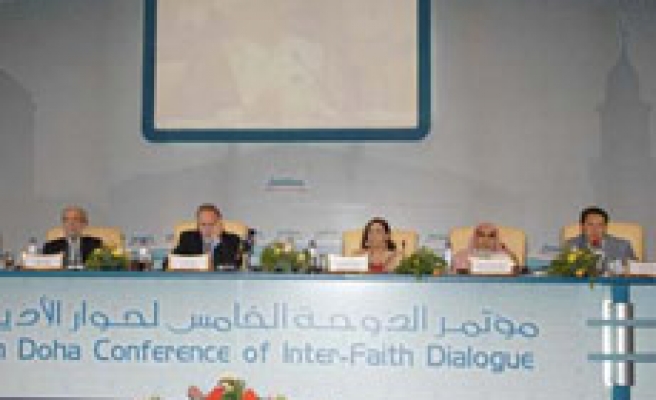 An international center for inter-faith dialogue was unveiled in the Qatari capital Doha on Wednesday, May 9, to foster better understanding among the world's three monotheistic religions.

"The Doha International Center for Inter-faith Dialogue is a practical implementation of the recommendations of the annual Doha inter-faith conferences in the past five years," Dr Aisha Al Mannai, the conference chair, told IslamOnline.net.

"The center will seek contacts with all world countries and will draw up plans for future steps," she said.

The center's basic structure will include a five-member board of directors from Qatar and a seven-member international advisory board.

The board of directors will be chaired by Dr. Ibrahim Saleh Al-Nuaimi, former president of Qatar University.

The advisory board comprises three Muslims, three Christians and a Jewish rabbi.

The center, headquartered in Doha, will be financed by the Qatar government but will function as an independent entity.

The advisory board will meet twice a year to provide advices and look into various issues related to inter-faith dialogue and the annual Doha conference.

"The center will seek contacts with all world countries to benefit from previous experiences and to draw up plans for future steps," Mannai, dean of the College of Shariah and Islamic Studies at Qatar University, told IOL.

The launch of the new center crowned the conclusion of the fifth Doha inter-faith dialogue conference.

The conference condemned any insults against religious sanctities and symbols.

It called for disseminating human values and promoting dialogue and understanding among followers of the different faiths.

Attendees called on religious leaders to seek dialogue and urged social, educational and media policies to avoid stereotypes which feed phobias and hostilities between faiths.

The three-day conference, which opened on May 6, was attended by about 150 delegates representing Islam, Christianity and Judaism.

During last year's conference, 13 rabbis were among the delegates who debated topics such as the blasphemous Danish cartoons of Prophet Muhammad (peace and blessing be upon him).

The United Nations top human rights body adopted a resolution late on Friday, March 30, condemning "defamation" of religion and stressing that press freedom had its limits, in a reference to the publication of offensive cartoons. Last Mod: 10 Mayıs 2007, 17:06
Add Comment