Three years after pledging a doubling of aid for Africa and new opportunities for African exports, donor nations are falling behind in fulfilling their promises, according to a statement released by the World Bank. 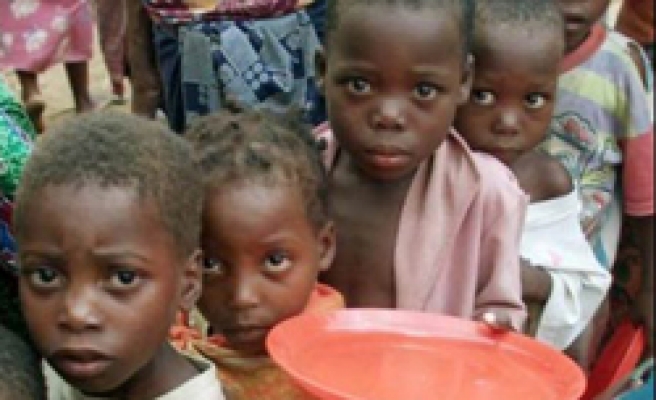 Three years after pledging a doubling of aid for Africa and new opportunities for African exports, donor nations are falling behind in fulfilling their promises, according to a statement released by the World Bank on Sunday.

The assessment came ahead of a meeting of the G8 in Heiligendamm, Germany from June 6 to 8.

With Africa's economic prospects high on the G8 agenda, the World Bank noted that despite the 2005 Gleneagles Summit, resulting in pledges to increase Africa's development aid to 50 billion U.S. dollars by 2010, foreign assistance for development programs in many African countries remains essentially flat.

Meanwhile, the faltering trade talks under the World Trade Organization's Doha Round have been another disappointment.

"The record so far indicates that apart from debt reduction, African countries haven't realized the benefits promised at the G8Summit three years ago, during the Year of Africa," said John Page,the World Bank's Chief Economist for the Africa Region.

"Many donor countries have increased support for special humanitarian assistance and debt reduction over four decades, but,unfortunately this does not translate into additional resources for African countries to rebuild their infrastructure, train teachers and combat HIV/AIDS and malaria," he said.

Page also noted that for their part, African countries are pushing improved governance, and in many cases significantly more hospitable environment for investment.

"The question is less whether the Africa partners are delivering on their promises, but whether the wealthy industrial nations are honoring theirs," he said.

While donor aid is lagging, the World Bank said that progress in lowering debt burdens for Sub-Saharan Africa has moved ahead somewhat faster.

Multilateral debt relief undertaken by the World Bank, the International Monetary Fund and the African Development Bank will bring about the full cancellation of 50 billion dollars of debt over 40 years.

Beginning in July, 2006, when the initiative took effect, 16 African countries have benefited. Another 17 will become eligible once the completion of debt reduction programs under the World Bank's Heavily Indebted Poor Countries Initiative.

Overall the lagging resource flows come on top of an earlier decline in African assistance: excluding debt relief and emergency food aid, assistance to sub-Saharan African fell by 2.1 percent in real terms from 2004 to 2005.

According to estimates in the World Bank's 2007 Global Development Finance, net official flows of aid and debt to African countries dropped to 35.1 billion dollars in 2006 from 35.8 billion dollars the previous year.

African countries that have posted solid record of economic growth, and have established macroeconomic stability through years of reform, have seen little or no increases in donor resources for financing development.

Many of these countries, despite the recent history of growth, need external help to rehabilitate roads, extend access to electricity, and improve education and health systems, Page said.

"Our biggest concern right now is that we help Africa extend the gains that we have seen in the past five years," he added. Last Mod: 04 Haziran 2007, 15:13
Add Comment