Dozens of inmates on the run after Nepal jailbreak

A total of 54 inmates escaped but five were quickly recaptured, as well as the one prisoner who was killed. 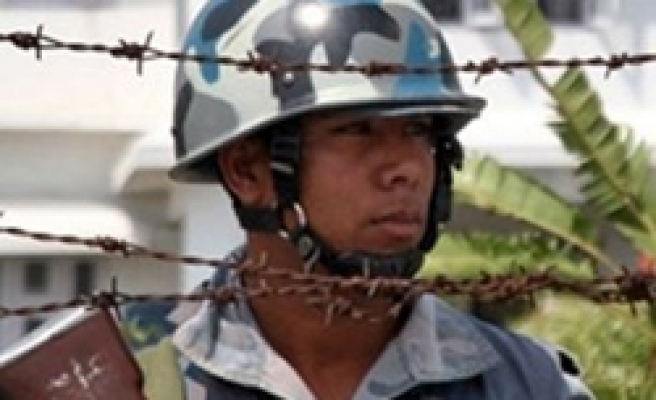 Forty-eight prisoners, including some linked to armed rebel groups, were on the run on Thursday after a mass breakout from a jail in southeast Nepal, officials said.

One prisoner was killed when guards shot at the fleeing inmates, who escaped from the jail in Siraha, 150 km (95 miles) southeast of Kathmandu, during an evening roll-call on Wednesday.

"Like bees in a hive, the prisoners poured over the guards as soon as they opened the gate for the roll-call," said Nar Bahadur Khadka, a senior official of the Siraha district office.

A total of 54 inmates escaped but five were quickly recaptured, as well as the one prisoner who was killed.

Siraha lies in Nepal's southern plains, where a number of small armed groups are still fighting for regional autonomy.

Scores of people have been killed in violence in the region since Maoist former rebels signed a peace pact and ended their decade-long civil war with the Himalayan nation's government.