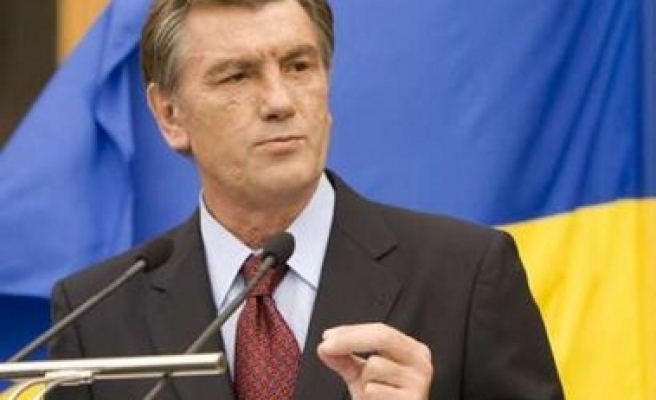 The nighttime attack took place in a cemetery outside the village of Chistenko, near the centre of the Black Sea peninsula.

Tartars visiting the cemetery on Friday for religious reasons found more than 40 gravestones defaced or knocked down.

Fresh grafitti on the walls of the cemetery read in Russian, "Tartars, leave Crimea now!"

Other drawings showed gibbets, and the Tartar national symbol with the letter X marked through it.

"We are discovering more and more damaged headstones as our search continues," said Lilia Muslimova, a Tartar community spokeswoman. "We find this highly troubling."

More than 300 people including local villagers and law enforcers were in the cemetery on Friday afternoon.

Hate crime is a serious offence in Ukraine, but it is rarely prosecuted.

Soviet dictator Josef Stalin exiled all Tartars from Crimea in 1944, because of alleged collaboration with German invaders during the Second World War.

Tartars had settled in Crimea some 700 years previously, a half- millenium before Slavic colonization.

When Ukraine became independent in 1991, the former Soviet republic's new government opened Crimea to Tartar return, without determining what land the Tartars should settle on.

In most cases, the Tartars wound up in sustenance farming villages located on the arid peninsula's worst land.
Last Mod: 11 Nisan 2008, 16:22
Add Comment