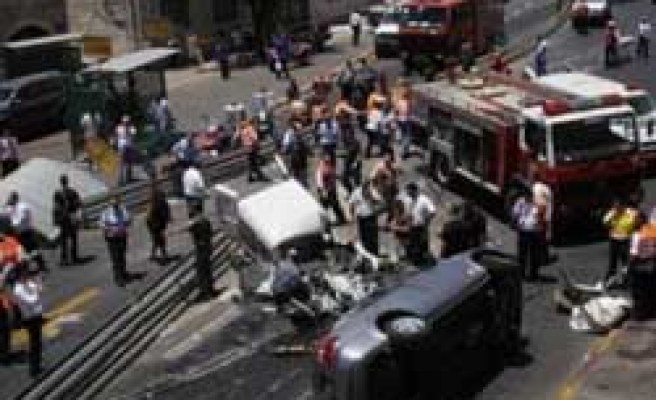 At least four people were killed and 30 others injured when a man rammed his tractor into a bus and several cars in Jerusalem before being shot dead.

The attack on Wednesday has caused chaos in downtown Jerusalem.

Chaos erupted as the man drove the heavy vehicle along the busy Jaffa Road in west Jerusalem, hitting the bus and at least one car.

"I saw the tractor ramming a car on Jaffa street, people started to shout and I came out the bank and I saw the truck. I shot the driver and the truck stopped," a security guard at a building in the area said.

The tractor driver is said to have been from occupied East Jerusalem, and he had been working at the light rail system.

Traffic has been halted and hundreds of people are reported to have fled through the streets.

At the scene of the attack, injured people lay on the ground amid piles of
broken glass and blood stains on the ground.

The driver of the tractor was slumped motionless over the steering wheel, witnesses said.

There was no word on a motive or claim of responsibility.