Alzheimer's patients given a popular rheumatoid arthritis drug showed seemingly dramatic improvements in a small study, but some doctors worried that the early findings will raise premature hopes in patients and their families. 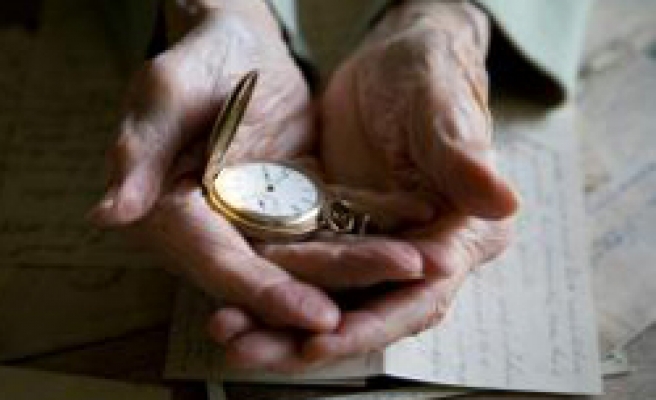 The study, reported on Sunday in the journal BioMed Central BMC Neurology, involved 12 patients who had greatly improved language recall shortly after treatment with Enbrel, or etanercept, an anti-inflammatory drug co-marketed by Amgen and Wyeth.

"We often see verbal effects within a few minutes of the first dose," said Dr. Edward Tobinick, director of the Institute for Neurological Research, a private medical group inc., in Los Angeles, who led the study.

Tobinick invented and holds several patents on a special method of injecting the drug into the neck. He said he charges anywhere between $10,000 and $40,000 per patient for the treatments.

In January, Tobinick's report on a single patient, and release of a striking video, drew the attention of the Alzheimer's Association, which released a statement expressing concern.

"People with Alzheimer's and their families may place undue value on this new finding based on the dramatic language used in its description and the apparent immediate effect," the group said.

"We need to see work in other laboratories by scientists without financial interest in the product," it added.

Dr. Sam Gandy, chairman of the Alzheimer's Association's medical and science council, said the latest study, done at Tobinick's clinic, does not offer that independent confirmation. "It's still not a proper trial," Gandy said.

Tobinick believes the drug may work in the brain by blocking an excess of tumor necrosis factor-alpha or TNF-alpha, which may affect communication in the brain.

The study looked at language difficulties, such as in finding words, in 12 patients with mild-to-severe Alzheimer's disease who were administered etanercept weekly for six months.

"There was a significant improvement in the majority of the verbal measures that were studied. The remainder showed a tendency toward improvement, which was not significant," Tobinick said in a telephone interview.

He said the study provides evidence that "excess TNF, in the Alzheimer brain, may offer a new way to address this language dysfunction."

Tobinick acknowledged the study is limited because people knew they were getting the drug. Alzheimer's patients in such open-label studies often show improvement.

Turner said the true test must come from a more scientifically rigorous double-blind, placebo-controlled, randomized clinical trial. In such studies, patients receive either a dummy treatment or an active agent, and neither the doctor nor the patient knows which.

Amgen has also expressed concern about the research, claiming there has been insufficient evidence so far.

"This off-label, unapproved treatment, administered by Dr. Edward Tobinick, is not supported nor endorsed by Amgen," the company said in April on its Web site.

A video showing one woman's response to the drug in a sister study can be found at : http://w02.biomedcentral.com/download/pr/PPA1280.mov.