The ruler of Dubai launched a $10 billion foundation to provide scholarships and promote research in the Middle East, saying the region has neglected education despite its oil wealth. 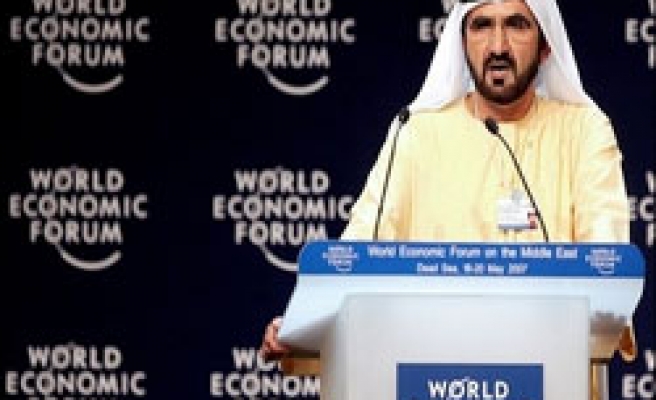 The ruler of Dubai launched a $10 billion foundation Saturday to provide scholarships and promote research in the Middle East, saying the region has neglected education despite its oil wealth.

Sheik Mohamed bin Rashid Al Maktoum, who is hailed as the architect of Dubai's transformation into a booming tourist hub of ultra-luxurious resorts and skyscrapers, said the foundation would create research centers, support university research and provide scholarships.

"It is not enough to look over the development indicators each year and to exclaim in surprise at the region's situation and the fact that it ranks among the lowest positions at the international level," Sheik Mohammed said in a speech at the World Economic Forum in Jordan.

Maktoum said 18 percent of people under 15 in the Mideast are illiterate and that number jumps to 43 percent for women. He also said the Arab world spends 0.02 percent of its gross domestic product on scientific research, while developed countries spend between 2.5 percent and 5 percent.

"It is the ultimate form of negligence, to know why we lag behind and the dangers of doing so, and not to act," he said.

Maktoum, who provided the money for the foundation, also serves as the prime minister of the oil-rich United Arab Emirates. His own city-state is not home to significant oil reserves, which has forced it to diversify and become a center for luxury tourism and investment banking.

The Mohammed Bin Rashid Al Maktoum Foundation will be based in Emirates and plans to begin handing out scholarships to students next year.