The Dutch government is looking into whether it can stop a politician from releasing an anti-Koran film, a newspaper reported on Monday. 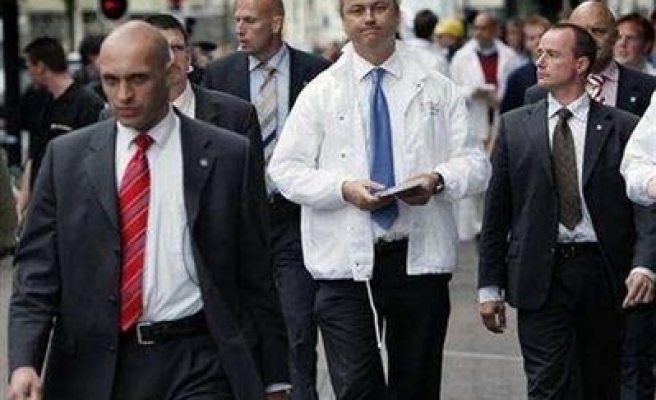 Government lawyers are looking into whether there are legal grounds to ban the anti-Koran film by anti-immigration lawmaker Geert Wilders, the Telegraaf reported, citing sources close to the cabinet.

The newspaper said the coalition government was divided on the film with the Christian Democrats more in favor of a ban while Labour was pushing freedom of expression and calling on Muslim countries to prevent violence against the Netherlands.

About 1,000 Afghans protested on Sunday against the republication of a cartoon of the Prophet Mohammad in Danish newspapers and Wilders' plan to air the film.

The protesters, mostly religious clerics in the northern city of Mazar-i-Sharif, marched and demanded the withdrawal of Danish and Dutch troops from Afghanistan.

Dutch Prime Minister Jan Peter Balkenende said last week that the Netherlands risked economic sanctions and attacks against its troops because of the film, although he stopped short of saying that the film should not be broadcast.

Wilders is calling the film "Fitna," an Arabic term used in the Koran and sometimes translated as "strife."

Balkenende said the Dutch government does not share Wilders' views and said the cabinet was obliged to point out the risks of transmitting the film.

Wilders said he had completed the film and was in negotiations with TV stations for its broadcast, slated for March or April.

Wilders' party has nine of the 150 seats in the Dutch parliament, and has gained support in recent opinion polls.

The country is home to nearly one million Muslims.