A Dutch court allowed on Monday anti-Islam Wilders' insults by claiming he should be able to express his views, even if extreme. 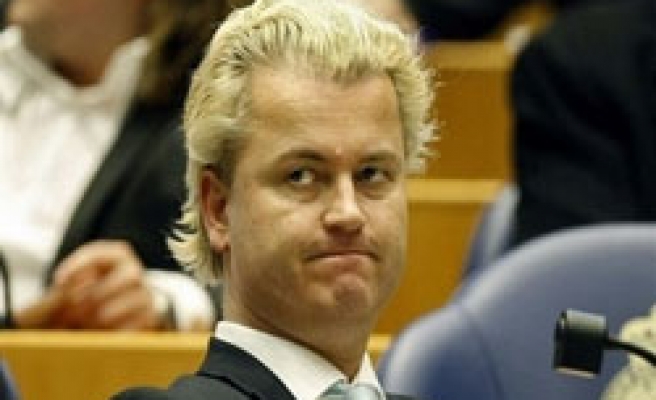 A Dutch court allowed on Monday anti-Islam Wilders' insults by claiming he is exercising his freedom of expression.

The Dutch Islamic Federation (NIF) had asked the court to ban Dutch member of parliament Geert Wilders from making such comparisons, saying he is inciting hatred and violence against Muslims.

"The contested remarks are not seen as unlawful. The defendant's freedom of speech has been the decisive factor in this matter," the court said in a statement.

Wilders sparked outrage last month when he released an anti-Koran video, interspersing verses from the Muslim holy book with images of bombings.

The film has sparked condemnation from UN, OIC, EU, Muslim nations, protests and calls for boycotts of Dutch products.

The Dutch Islamic Federation had also wanted to get the court to ban the film but it had already been launched by the time its case was heard.

The court said Wilders' remarks did not incite hatred or violence and said a parliamentarian should be able to express his views, even if they were extreme.