The ruling comes as a grief to victims' families ahead of the 13th anniversary of the Srebrenica massacre Bosnian Serb forces killed at least 8,000 Muslim men and boys, on Friday. 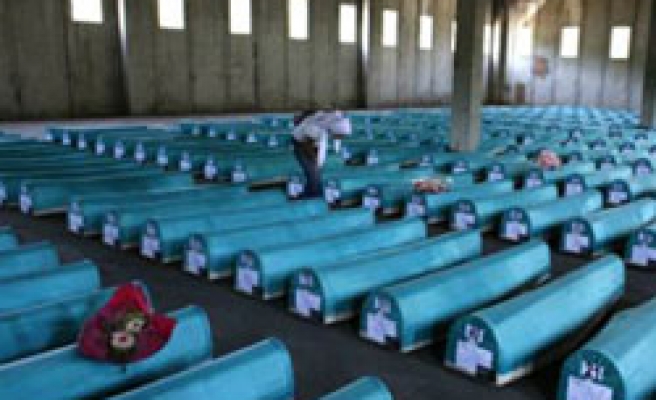 A Dutch court ruled on Thursday it had no jurisdiction to hear a case brought by relatives of those massacred in Srebrenica in 1995 against the United Nations for failing to protect them.

But it said a civil case will proceed in September against the Dutch state for failing to prevent the murder by Bosnian Serb forces of at least 8,000 Muslim men and boys that Dutch U.N. peacekeepers had been charged to protect.

The United Nations invoked its legal immunity after relatives of some 6,000 victims filed a suit last year against the Dutch state and the U.N. in the Netherlands.

The Netherlands has said its troops were abandoned by the U.N., which gave them no air support. The families' lawyers say a network of Dutch military officials within the U.N. blocked air support because they feared their soldiers could be hit.

"The court declares that it has no jurisdiction to hear the action against the United Nations," judge Hans Hofhuis said.

The ruling comes as a grief to victims' families ahead of the 13th anniversary of the Srebrenica massacre on Friday. Their lawyers rejected the U.N. claim to absolute immunity.

"We never expected this case to be over in the first instance ... this is only the beginning of a very interesting discussion we have to face about the U.N.," said lawyer Axel Hagedorn, acting for the victims' families.

Hagedorn said he would appeal Thursday's decision. The case could go to the European Court of Human Rights.

"The court ruled that the U.N. has immunity, even if a genocide has happened, and that is in our opinion exactly what you can't accept," Hagedorn said.

He said the court should have overruled U.N. immunity because of the extreme circumstances of the case — the first genocide in Europe since the Genocide Convention was drawn up in the aftermath of the Holocaust.

"You have to change the jurisdiction on this, because otherwise you accept genocide," he said.

In November, the Hague court said it wanted to examine arguments in the case even after the United Nations invoked its legal immunity and said it would not take part.

Victims' families turned to the Dutch court for redress as Mladic and former Bosnian Serb leader Radovan Karadzic, both wanted by the U.N. war crimes tribunal in The Hague on genocide charges over Srebrenica, are still on the run.

Srebrenica families were absent from the court ahead of Friday's traditional gathering in Bosnia to mark the anniversary of the massacre. They believe the Dutch battalion serving as part of the United Nations force bears responsibility for failing to protect innocent unarmed people.

During the case, Dutch government lawyers argued that U.N. immunity was important to allow it to exercise its duties without the interference of courts in member states.

They said the Netherlands was helping pay for the rebuilding of Srebrenica, but not because it felt it was to blame for the massacre. The blame lay with Bosnian Serbs, they added.

The Dutch government led by Wim Kok resigned in 2002 after a report on the massacre blamed politicians for sending the Dutch U.N. troops on an impossible mission.
Last Mod: 11 Temmuz 2008, 08:59
Add Comment