'Each ethnical element richness for Turkey' 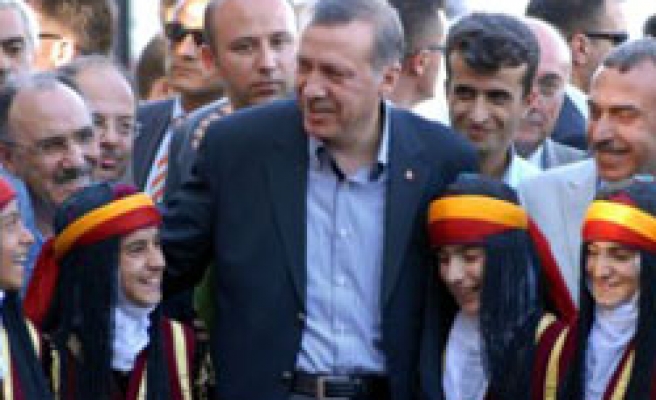 Speaking at a ground-breaking ceremony in southeastern province of Batman, Erdogan said, "I see Turkish, Kurdish, Laz, Circassian, Bosnian, Arab and Abkhazian origin people as the fingers of a hand. All the people uniting under the upper identity of Turkish Republic are the fundamental elements of this country."

"Those who want to sow discord don't know our history. They could not comprehend how we act together. We will not let exploitation of religion. Every initiative aiming at unity and integrity of this country will get necessary response. Government implements projects to eliminate difference of development among the regions," he said.

"Turkish government made 8.5 billion USD investment in the Southeast in the past 8 years," Erdogan said.