'Eagles of Palestine' calls for end to political arrests

Three Hamas policemen and a member of a pro-Fatah clan were killed on Saturday in the Gaza Strip, medics said. 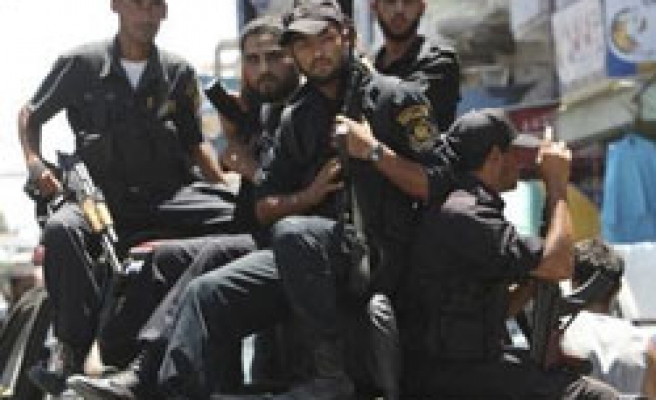 The Nusour Palestine brigades demanded the formation of an impartial investigation committee to uncover the perpetrators of the Gaza beach explosions, which killed 5 Hamas members and a young girl on 25 July, and bring them to justice according to Palestinian law.

Three Hamas policemen and a member of a pro-Fatah clan were killed on Saturday in the Gaza Strip, medics said, in internecine violence that could complicate Arab-backed efforts to reconcile the rival Palestinian factions.

Islam Shahwan, a Hamas spokesman, said three other officers and 10 civilians were wounded by gunfire and mortars in the Shejaia suburb of Gaza City, fired by members of the Helles clan, affiliated with Palestinian President Mahmoud Abbas's Fatah faction.

The security forces confirmed that this is the first group to be released in response to Palestinian President Mahmoud Abbas' order on Thursday that all political prisoners arrested over the last week be released. A senior commander of the PA forces told Ma'an that others will be in the following hours.