The presidential election crisis precipitated the Turkish Parliament's decision to hold early elections on July 22, giving a push to the search for alliance and mergers among parties. 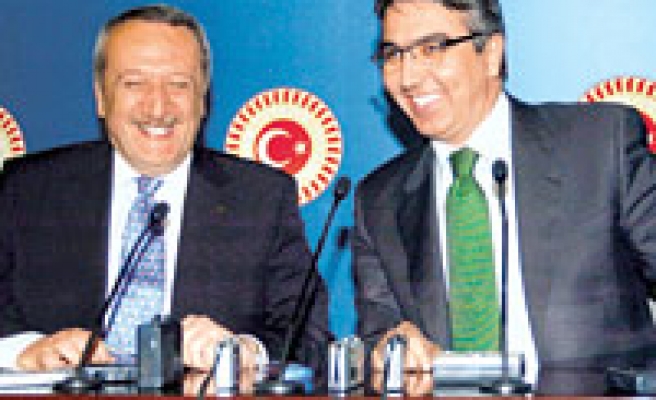 Significant efforts are being put into uniting the Republican People's Party (CHP), the Democratic Left Party (DSP), the True Path Party (DYP) and the Motherland Party (ANAVATAN). The parties that may be unable to pass the election threshold individually are working hard to pull together, while those expected to win a place in Parliament are being somewhat dilatory in the attempts to unite, further complicating the establishment of a true coalition. However sources in the capital suggest that the will behind the April 27 memorandum is taking steps to help make the mooted coalitions a reality.

The first attempt at establishing an election alliance came from the Young Party (GP). GP leader Cem Uzan paid a visit to former President Süleyman Demirel, and GP İstanbul deputy Emin Şirin met with CHP leader Deniz Baykal to discuss possibilities for cooperation in the approaching general elections. No response has been given to the GP’s request, but it is said that the CHP may allocate quotas for the party in some provinces where the GP has a considerable following.

Baykal’s call on the DSP

The second surprise came from Baykal, who called on the DSP to unconditionally accede to his party after transferring the party’s monies to a foundation. Although they rarely saw eye-to-eye when the late prime minister was alive, Baykal praised Bülent Ecevit, the former leader of the DSP. The first reaction to Baykal’s call came from Ecevit’s wife, Rahşan Ecevit, who reminded Baykal that she had approached the CHP leader over a possible cooperation when her husband was in the Gülhane Military Academy of Medicine (GATA) only to be sneered at in her attempt by Baykal.

No appointment from Baykal to Sezer

Following Rahşan Ecevit’s remarks, DSP leader Zeki Sezer, who was planning to unconditionally merge with the CHP, had to change his attitude. Sezer said: “If his call for a merger is dependent on the closing down of the DSP, nobody is capable of closing it down. Even I cannot do it. This party must continue to exist both as a tribute to the memory of [Bülent] Ecevit and in respect of our grassroots.” He then stated that they are ready for all options with the CHP other than the closure of the DSP. Sezer reportedly prepared a package of proposals for the merger of two parties and proposed to hold a tête-à-tête meeting with Baykal over this package.

Despite merger woes with the CHP, the DSP is about to finalize the framework of a cooperation agreement with the SHP. Moreover the DSP has made a deal for cooperation with the December 10 Movement, led by Confederation of Revolutionary Workers’ Unions (DİSK) Chairman Süleyman Çelebi, which is planning to become a political party. If merger with the CHP cannot be achieved, the SHP and December 10 Movement will enter the elections under the DSP umbrella. It is also expected that a new leftist movement, led by Hikmet Çetin, will cooperate with the DSP in future.

In the center right, work towards the merger of the DYP and ANAVATAN, masterminded by Demirel, has been fraught with woes. DYP leader Mehmet Ağar rejected ANAVATAN’s call for a merger under the Democratic Party (DP) umbrella. Ağar called on the ANAVATAN leader to unconditionally accede to his party. Ağar’s move aroused harsh reactions from ANAVATAN. The current possibility of a merger between these parties seems low. ANAVATAN is also holding talks with the Grand Unity Party (BBP) and the DSP in connection with pre-election cooperation.
Last Mod: 05 Mayıs 2007, 11:45
Add Comment