Older adults who regularly eat fish may have a lower risk of subtle brain damage that contributes to stroke and dementia -- as long as the fish isn't fried -- researchers reported Monday. 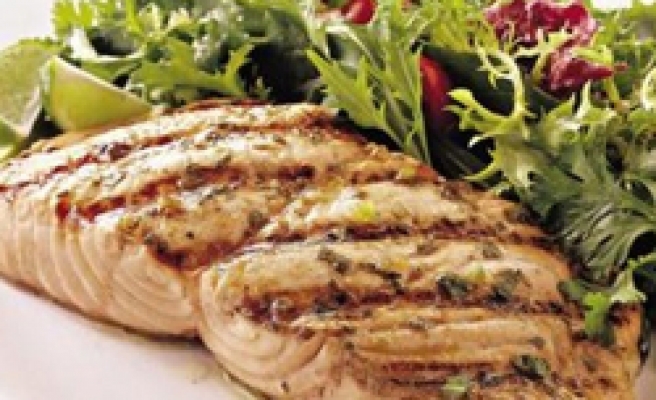 In a study that followed 3,660 adults age 65 and older, Finnish researchers found that those who ate more fish were less likely to show certain "silent" brain infarcts -- tiny areas of tissue that have died because of an insufficient blood supply -- on an MRI scan.

The tissue damage is considered silent, or "subclinical," because it causes no obvious symptoms and can only be detected through brain scans. It can, however, raise a person's longer-term risk of having a stroke or developing dementia.

Among older adults in the current study, those who said they ate tuna and "other" baked or broiled fish at least three times per week were one-quarter less likely than those who rarely ate fish to have subclinical brain infarcts at the study's start.

Fish eaters also tended to be less likely to develop new infarcts over the next five years.

No such benefits were linked to consumption of fried fish, however, the researchers report in the journal Neurology.

While the study cannot conclusively point to the reason for the brain benefits, it's likely that omega-3 fatty acids -- healthy fats found mainly in oily fish -- play a key role, according to Dr. Jyrki K. Virtanen and colleagues at the University of Kuopio.

When the researchers estimated study participants' intake of two major omega-3 fatty acids -- EPA and DHA -- they found a link between higher intake and lower risk of silent brain infarcts.

In addition, the researchers note, the lack of a protective effect from fried fish may stem from the fact that foods like fish burgers and fish sticks are typically made from fish low in omega-3.

Overall, the findings add to evidence that fish rich in omega-3 fats -- like salmon, mackerel and albacore tuna -- may have "important health benefits," the researchers write.

"Previous findings have shown that fish and fish oil can help prevent stroke, but this is one of the only studies that looks at fish's effect on silent brain infarcts in healthy, older people," Virtanen said in a written statement.

"More research is needed as to why these types of fish may have protective effects, but the omega-3 fatty acids EPA and DHA would seem to have a major role." Virtanen added.

Silent brain infarcts can raise a person's risk of both stroke and cognitive decline. It's estimated that about 20 percent of adults age 65 and up who are free of silent infarcts will develop at least one within five years.

The American Heart Association recommends that all adults strive to eat at least two fish meals per week, preferably fatty fish, for the sake of their cardiovascular health.