Babacan said that Turkey would increase the number of its representations in India and Brazil soon, adding that Turkey also decided to open new embassies in Latin America. 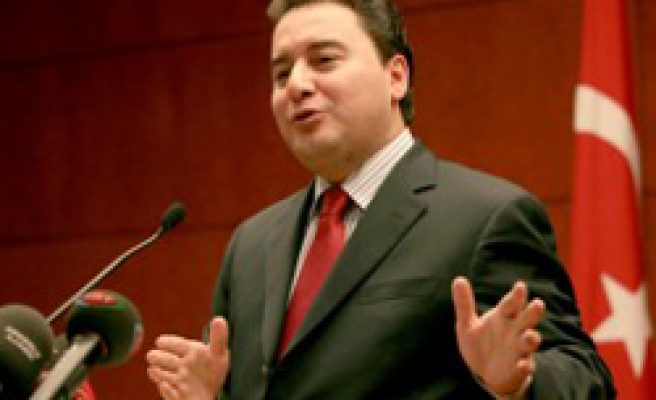 Turkish Foreign Minister Ali Babacan said on Tuesday the targets of economy were as important as the targets in the area of politics.

Speaking at a conference on "Turkish Foreign Policy, Inclinations and Priorities" in Ankara, Babacan said countries should have an economic structure which would overcome possible global crises with minimum loss.

"We aim to make Turkey a country growing with stability and having competitive power (for the period between 2007-2013). It should also successfully complete the adjustment process for the EU accession," he stated.

If necessary structural transformation takes place and stability is secured in Turkey, it is expected to be included in the largest 10 economies of the world by 2023, he stated.

Turkey's trade volume with neighboring and regional countries has been rising gradually and it signed free trade agreements with 11 countries since 1996, Babacan said.

Babacan said that the economic and political reforms, which Turkey had fulfilled in the last five years, significantly changed Turkey's image in foreign countries. He added that Turkey was shown as an example of success all over the world.

Babacan also said that BRIC countries (Brazil, Russia, India and China) were still cynosure in the world with their economic potentials. He added that China had the fastest growth rate in the world; and it would be for the interest of both Turkey and China to develop their economic cooperation.

Recalling that Russia had become the biggest trade partner of Turkey this year, Babacan said that rapid rise in mutual investments as well as the success of Turkish construction sector in Russia showed how much the economic relations developed between the two countries.

Babacan said that Turkey also attached importance to relations with Japan which was the second biggest economy in the world. He added that the two countries targeted to further develop the cooperation especially in investment and technology transfer areas.

Babacan said that Turkey would increase the number of its representations in India and Brazil soon, adding that Turkey also decided to open new embassies in Latin America.