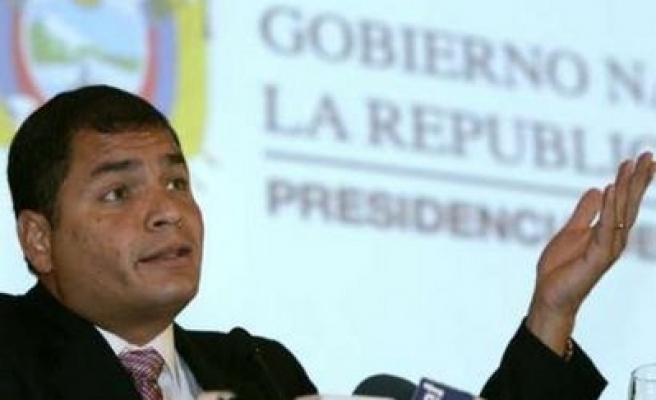 The 130-member assembly passed the reform in the first package of rewrites to the constitution that once finished must be ratified by Ecuadoreans in a vote during the second half of this year.

"Ecuador is a land of peace; foreign military bases or foreign installations with military purposes will not be allowed," read the amendment approved by the assembly controlled by President Rafael Correa's Alianza Pais party.

Correa, a leftist former economy minister, opposes U.S. military presence in his Andean nation and once vowed to cut off his arm before renewing the lease on the Manta base that runs out in 2009.

Air surveillance missions from the Pacific coast base are responsible for more than half of all drug seizures in the world's top cocaine-producing region, U.S. officials have said.

If ratified in the referendum, the assembly's amendment would likely end any chances for the United States to negotiate further use of the base.

Correa and his allies in the assembly, which closed down Congress and took over its powers in November, say U.S. operations at the base compromise the country's sovereignty.

The head of the assembly, Alberto Acosta, said it was not yet clear if the approval of the amendment in the referendum would immediately force U.S. troops to quit Manta.