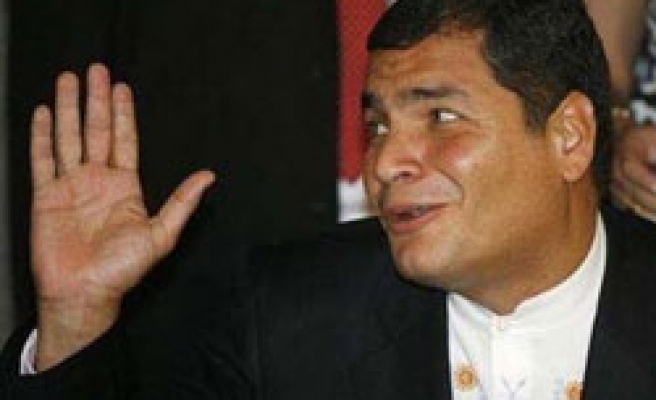 Ecuador warned he could halt Andean trade talks with the European Union on Saturday after its leaders endorsed tougher detention rules for illegal immigrants.

"We could even suspend those negotiations. What do we have to talk about with a union of countries that criminalizes immigrants?" Correa said during his weekly radio address. "It will be very hard to talk business and ignore human rights."

Ecuador holds the temporary presidency of the Andean Community, which includes Peru, Bolivia and Colombia and last year started negotiating a trade and cooperation agreement with the European Union.

Millions of poor Latin Americans migrate to Europe in search of better jobs, making them a key source of revenues via remittances for their families back home.

Correa says the crackdown on illegal immigrants is unfair to Latin America, which welcomed millions of Europeans after Latin countries became independent nations and again after World War Two.

European leaders said Chavez "misunderstood" the law, which an EU official said was needed to convince voters to be more accepting of legal immigrants.