Ecuador could suspend US accords to curb ideological influence

Ecuador could suspend some military accords with the United States to block what it calls U.S. ideological influence in its armed forces, Defense Minister Javier Ponce said Sunday. 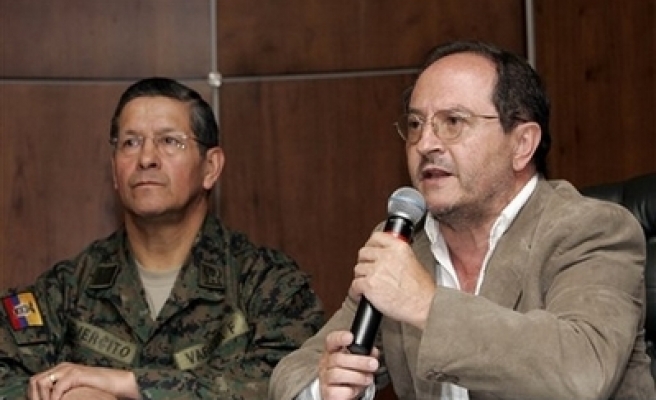 Ponce told the news program UNO that current agreements with the U.S. were signed under previous administrations "in the spirit of colonialism" and are under review. He did not give details or say which agreements could be suspended.

But he denied any attempt to demonize relations with Washington.

President Rafael Correa named Ponce defense minister earlier this month as part of a top-level military and police leadership shake-up. Angered that his intelligence services gave Colombia information on an Ecuadorean with alleged ties to leftist rebels but did not inform him, Correa even accused them of being infiltrated by the CIA.

Correa also has said repeatedly that he will not renew the 10-year U.S. lease in Ecuador's Pacific port of Manta, when it expires in late 2009.