The Sixth of April Youth group is a leftist-leaning protest group formed after April 6 clashes in the Nile Delta textile town of Mahalla el-Kubra between police and workers demanding more pay to compensate for soaring inflation. 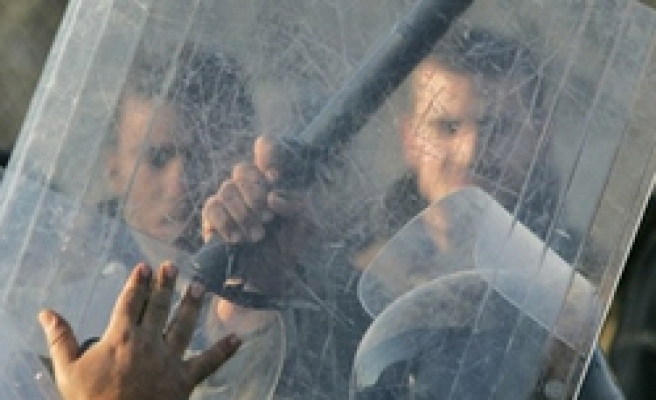 Egyptian security forces have arrested 16 members of a nascent anti-government protest group, and two of the activists are being held in an unknown location and may be at risk of torture, Amnesty International said.

Egyptian security sources said the activists were arrested since Wednesday after several dozen members of the opposition Sixth of April Youth group held an anti-government protest in the Mediterranean port city of Alexandria.

Amnesty said the activists, mainly students from Cairo, had chanted slogans urging political and economic reforms and sang patriotic songs before police broke up the protest, arresting 15. Another activist was arrested the following day.

"Amnesty International believes all 16 to be prisoners of conscience, detained for their participation in the protest," Amnesty said in a statement received by Reuters on Sunday. The protest had been timed to coincide with a holiday marking the overthrow of the Egyptian monarchy.

Two of the detained activists, Ahmed Afifi and Mohamed Taher, are at risk of torture or other ill-treatment, Amnesty said. It said the pair had "not been seen since their arrest, and there is no news of their whereabouts".

The Sixth of April Youth group is a leftist-leaning protest group formed after April 6 clashes in the Nile Delta textile town of Mahalla el-Kubra between police and workers demanding more pay to compensate for soaring inflation.

Three people were killed and more than 150 injured over two days of unrest in Mahalla, the culmination of more than a year of strikes by workers at a giant state-run textile factory.

The protesters arrested in Alexandria earlier this week were charged with recruiting members over the Internet to incite Egyptians to overthrow the government and engage in civil disobedience, Amnesty said.

They were also charged with organising an illegal gathering and obstructing traffic.

Amnesty said the Sixth of April Youth group had collected members through the social networking site Facebook, which along with blogs has emerged as a major forum for government critics in Egypt.