More than 90 percent of Egyptian Islamist candidates have been prevented from registering for April local elections due to a regime crackdown and campaign of obstruction, the group said on Thursday. 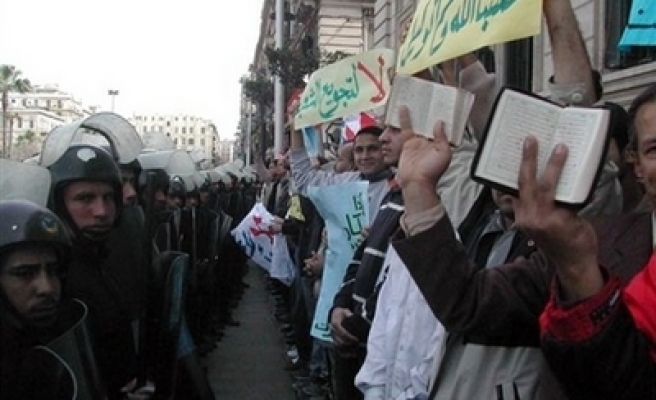 Out of 5,159 hopefuls, only 438 members of the banned Muslim Brotherhood have been able to register with hours to go before a Thursday deadline for registration, the group's deputy supreme guide Mohammed Habib said.

Most of the candidates were blocked from registering their candidacy at the registration office by officials, Habib said.

"Since mid-February, over 900 members have been arrested," Habib said.

A security official said that a maximum of 300 had been able to register their candidacy.

Egypt's government has recently intensified its crackdown against the Muslim Brotherhood -- the largest and most organized opposition group in the country -- ahead of the April 8 municipal elections.

Hundreds of members have been arrested over the last month, including senior leader Mahmud Ghozlan last week.

The Brotherhood says the crackdown aims to block another election success after 2005 parliamentary polls in which the group won a fifth of seats through members standing as independents.

On Wednesday, the White House issued an unusual warning, apparently in favour of the Islamists, over the campaign of arrests.

"We call on the government of Egypt to cease any actions that would compromise the ability of the Egyptian people to fully exercise their internationally recognized human rights and to participate in a free and fair election," said spokeswoman Dana Perino.

"We are concerned by a continuing campaign of arrests in Egypt of individuals who are opponents of the current governing party and are involved in the upcoming local elections," said Perino.