Egypt is building a stone and cement wall on its frontier with the Gaza Strip to block Palestinians, security sources said on Thursday. 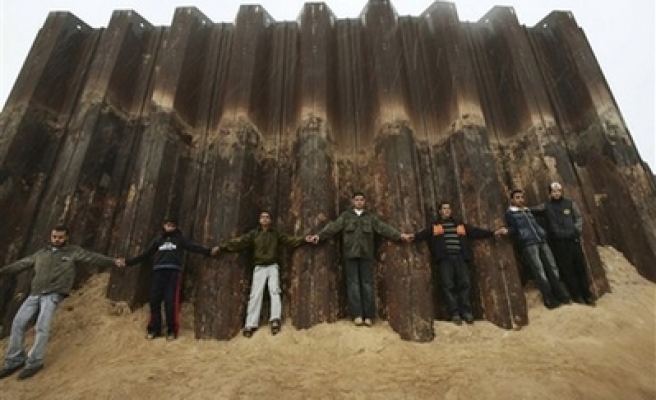 Egyptian workers were removing a barbed wire barrier and replacing it with a 3 metre high wall along the frontier with Gaza, Egyptian witnesses in the border town of Rafah said. Three kilometres of the new wall was already complete.

The wall was being built on Egyptian territory about 20 metres from Egyptian homes in Rafah.

The Gaza-Egypt border were broken in January, allowing Palestinians to flood into Egypt to seek relief from the heavy ISrael blockade. The border has since been resealed.

President Hosni Mubarak has said Egypt was working to lift the blockade of Gaza and reopen the Rafah crossing, where Hamas has demanded a key role. Hamas seized control of Gaza in June.

The Egyptian government says it would like the Palestinian Authority, led by President Mahmoud Abbas, to take charge at the crossing point. Abbas and his Fatah group have little influence in Gaza.