Egypt will add at least 17 million people to the ranks of ration card holders to ease the effect of rising food prices and will double the amount of rice handed out, a minister said on Thursday. 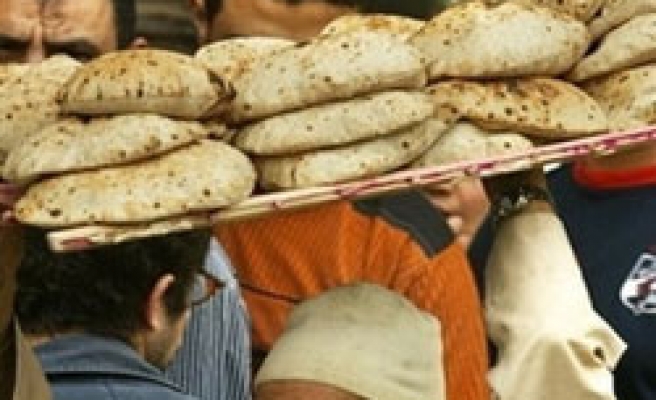 "We said the closing date (for new registrations for cards) would be June 30. Up to now we have received about 17 million additional citizens... This means we will cover about 55 million people," he said in an interview.

Egyptian inflation jumped to 16.4 percent in the year to April and the government is trying to contain growing public discontent over rising food prices and low wages.

Three people were killed in a Nile Delta town last month in clashes with police after textile workers tried to strike. Egypt had not added to the ration card registry since 1988.

Poor Egyptians, who spend a disproportionate amount of their income on food, have been hard hit by higher prices for free market rice, meat, vegetables, cooking oil and foodstuffs.

Musailhi said the extra ration would cost the government an additional 1.7 billion Egyptian pounds ($317 million) in the 2008/9 year, which starts on July 1.

Egyptians with the cards will be eligible to buy 2 kg (4.4 pounds) of rice -- double the amount previously allowed -- in addition to 2 kg of sugar, 1.5 kg of oil, and 50 grams of tea per person every month for 15 Egyptian pounds.

"If you think of a family of four persons, they will get quite sufficient amounts from these components," Musailhi said.

Egypt has also increased the amount of subsidised bread available this year by raising the amount of flour given to bakers by 5 percent and cracking down on black market trade in flour, Musailhi said.

"I really claim there is no serious problem now on the street or for people who need any amount of bread," he said.

Egypt, one of the world's biggest wheat importers, has for decades provided cheap bread to the poor as an expensive but essential part of economic policy because it enables millions to survive on low wages and ward off political discontent.

Bread lines lengthened earlier this year as the costs of other non-subsidised staples soared, forcing more reliance on a subsidy regime that depends heavily on costly imported wheat.

Musailhi said 75 to 80 percent of Egyptians were dependent on subsidised bread for their daily nutrition and Egypt was producing up to 220 million loaves daily. The bread can be bought by all in Egypt, regardless of economic status.

A government survey showed 67 percent of Egyptians were able to get the amount of subsidised bread they were seeking in less than half an hour.