Egypt detained at least 10 Muslim Brotherhood members on Wednesday ahead of local council elections next month, and provincial courts ruled the state must let opposition politicians submit papers to stand in the vote. 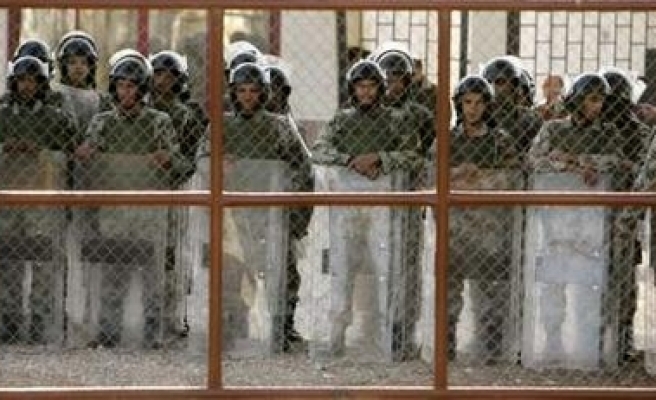 The Brotherhood, the country's strongest opposition group, put the number detained at 15. The group said on its Web site the men were picked up in pre-dawn house raids and from the streets, mostly in outlying areas of the Egyptian capital.

The detentions came as a 10-day nominating period for potential candidates to register for the April 8 ballot neared an end. Brotherhood officials have said the movement planned to field about 7,000 candidates for the 52,600 seats on village, town and provincial councils across the country.

But the Muslim Brotherhood says the state has systematically blocked its members from registering to stand by arresting large numbers of likely candidates and through bureacratic obstruction and police harassment.

Several Egyptian provincial courts ruled late on Tuesday that local officials must accept the nomination papers of hundreds of mostly Islamist potential candidates in Cairo, Giza and in the Nile Delta where the group has a strong popular base.

Another ruling was expected shortly in the coastal city of Alexandria, court sources said.

Nationwide, only 50 or 60 Brotherhood members had been able to register as candidates as of Monday, the group said, clearing the way for the ruling party to take most seats.

Minister of State for Legal Affairs Moufid Shehab told parliament there had been some "mistakes or bureaucracy" in the registration process. He said all court rulings "would be enforced immediately".

Egypt's local councils hold little real power, but seats may be important nationally if the Brotherhood wants to qualify to field an independent candidate for the presidency in the future.

Egypt postponed local council elections for two years in 2006 after the Brotherhood, which seeks an Islamic state through democratic means, performed better than expected in a parliamentary election in 2005.

Egypt has detained hundreds of Brotherhood members since mid-February in the run-up to the elections, many of them likely candidates. The Brotherhood has said that overall more than 700 of its members are being held.