The Egyptian Shurah Council has approved in principle amendments to the judicial system law, extending the retirement age for judges from 68 to 70. 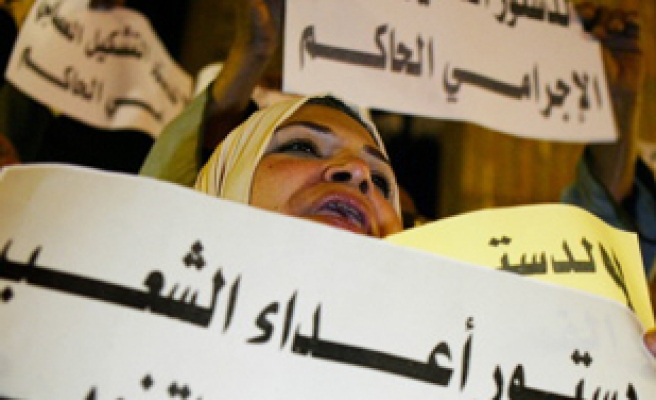 The Egyptian Shurah Council has approved in principle amendments to the judicial system law, extending the retirement age for judges from 68 to 70.

The decision on Sunday triggered the Egyptian Judges' Club to hold an emergency general assembly to protest against the move which is seen as an attempt to keep the ruling party in power.

The judges discussed what steps to take to declare their rejection of the amendments proposed by the ruling National Democratic party.

The club is an elected body which oversees the independence of the judicial system and takes care of the interests of Egyptian judges.

Dozens of judges attended the assembly to protest against the amendments to the law, which include raising the age of retirement, something that means that the five top judges who are controlling the judicial system in Egypt at present and who are loyal to the government, will remain in their posts for two more years.

Amr al-Kahky, Al Jazeera's correspondent in Cairo, said: "The judges' club wants fresh blood in charge to be able to guarantee the independence of the judicial system."

The club is also calling for a march to Abideen palace, a place that symbolises governance in Egypt, to protest to the president about amending the law after he had earlier promised not to raise the retirement age.

"The security forces did not give guarantees that this march will go peacefully. They said they cannot guarantee the safety of the judges if they go through the streets," al-Kahky reported.

The judges say the move was part of the government's ongoing campaign to keep the ruling party in power and to keep certain pro-government judges in place.

Khaled Korraa, vice-president of the judges club, said: "Those who are about to go into retirement are those who are in harmony with the government and will serve their purposes during the current time."

Hisham el-Bastawisy, a pro-reform judge who blew the whistle on election fraud in the 2005 parliamentary elections, said the age increase is against the majority of judges' wishes.

Two years ago, in a referendum, an overwhelming majority of judges voted down the idea of an age extension, he said.

Last month, Egypt amended its constitution, insisting the changes were part of the government's effort to expand democracy. But opposition and rights groups condemned the amendments, saying they restricted rights, cemented the hold on power by the ruling party of Hosni Mubarak, the president, and gave security forces broad powers of arrest.