The detainees included three members of the Brotherhood's provincial leadership, the group said on its website. 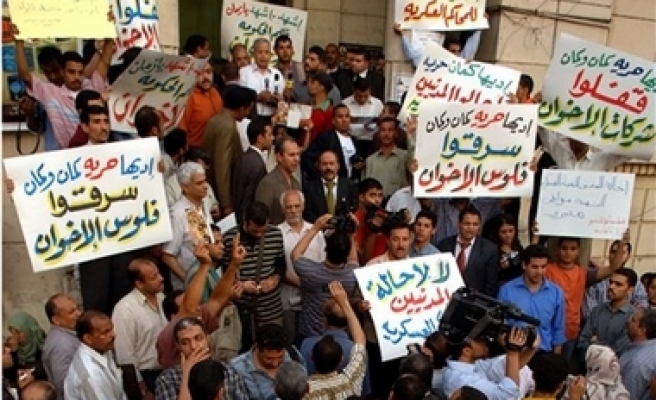 Egypt detained 39 members of the opposition Muslim Brotherhood on Monday in the Nile Delta province of Kafr el-Sheikh, security sources and the Brotherhood website said.

Those detained included three members of the Brotherhood's provincial leadership, the group said on its website.

Police took the men from apartments, accusing them of holding organisational meetings. The Brotherhood says the men were on vacation.

The Brotherhood has been outlawed since 1954, but has traditionally been largely tolerated and operates openly.

An unexpectedly strong showing in a 2005 parliamentary election triggered a government crackdown against the group. Since then, several Brotherhood leaders have been prosecuted and imprisoned.

Analysts say the government wants to stop the Brotherhood from mounting a real threat to the rule of President Hosni Mubarak, in power since 1981. Mubarak's ruling party has a comfortable majority in every elected body in the country.

Since the 2005 vote, Egyptian authorities have prosecuted leading members of the Brotherhood in military tribunals and arrested thousands of members and supporters. They have also prevented Islamists from winning more elected positions.