Fifteen firefighters and policemen were injured in the unsuccessful attempt to put out the fire and one policeman probably died in the incident. 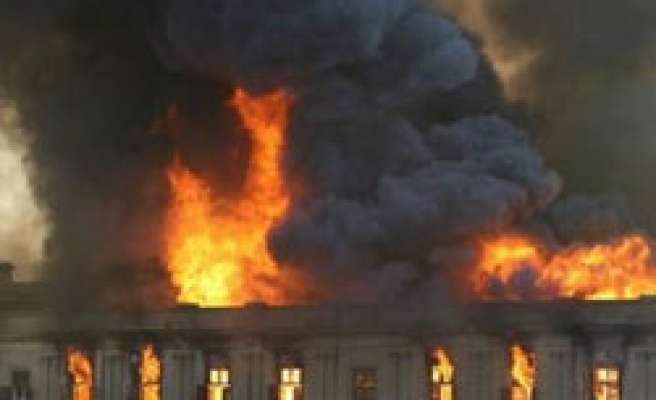 The Egyptian government is ruling out arson or terrorism in the fire that gutted the 19th-century building which housed the upper chamber of parliament, Interior Minister Habib el-Adli said on Wednesday.

The sprawling three-storey building was smouldering on Wednesday morning, more than 16 hours after the fire broke out on the upper floor and then spread downwards.

Fire fighters were hosing water into the shell of the building, once a grand Italianate structure with some neo-Islamic features in the interior.

Fifteen firefighters and policemen were injured in the unsuccessful attempt to put out the fire and Adli said one policeman probably died in the incident.

"The security agencies are ruling out the possibility that any terrorist act or deliberate act was behind the incident," he added, quoted by the state news agency MENA.

Police sources said in the early stages of the fire that they suspected it began with an electrical short circuit.

Fifty-five fire trucks took part in the fire-fighting operations and military helicopters took water from the nearby River Nile to dump it on the building.

But in the first few hours, when the fire was at its fiercest, the fire department had only a handful of hoses working at the scene, mostly from ground level.

Much of the water hit the outer walls and did not reach the interior, where the wooden roof beams and floors were burning.

The building was the home of the Shoura or Consultative Council, which has little power.