Egypt is working on a Gaza truce proposal to present to Israel and Hamas, Palestinian officials said on Wednesday. 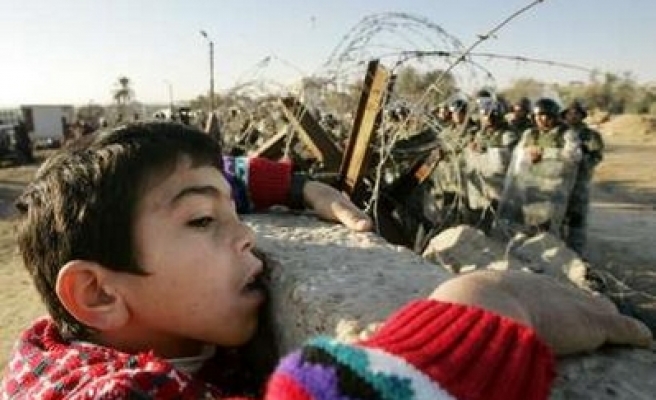 The proposal aims to create calm that Palestinian President Mahmoud Abbas regards as crucial for peace talks with Israel.

Palestinian officials said Egyptian mediator Omar Suleiman would present Israel and Hamas -- which shun one another -- with a five-point plan. Suleiman is due to come to Israel next week.

"A response from both sides should come within a few days," one Palestinian official told Reuters.

Western-backed Abbas is Islamist Hamas's rival but suspended negotiations last week in protest at an Israeli offensive in the Gaza Strip which killed more than 125 Palestinians, most of them civilians.

Abbas has since voiced readiness to return to talks if the violence is reined in, though visiting U.S. Secretary of State Condoleezza Rice said a ceasefire was not a precondition.

The proposal would entail:

* Israel reopening key crossings with Gaza and the West Bank

Israeli Prime Minister Ehud Olmert has signalled willingness to stop attacks on Gaza if Hamas ended rocket salvoes. Israeli officials were not immediately available to comment on whether Israel would consider further steps such as reopening crossings.

Responding to Olmert's overture, Hamas said any truce deal must include Israel lifting a blockade on Gaza, most of whose 1.5 million Palestinians are aid-dependent.

Rice wrapped up a three-day visit in the region on Wednesday by dispatching the U.S. assistant secretary of state for Near Eastern Affairs, David Welch, to Cairo.

Palestinian officials said the Americans were not involved in the draft truce but would be informed of its progress.