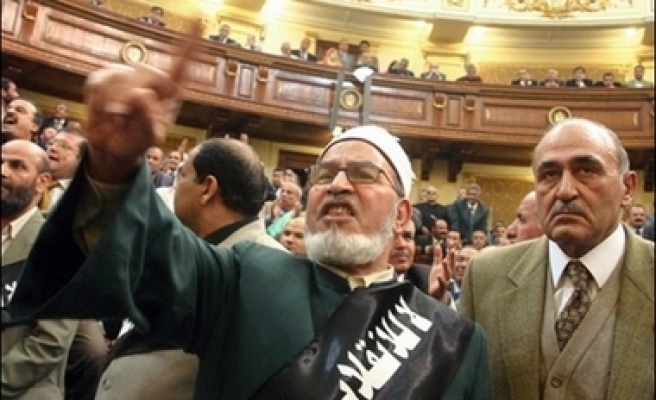 Thirty-one supporters of the Muslim Brotherhood's Shoura council were arrested in Fayoum province along with the candidate himself.

Twenty-six members were arrested in Mansoura city for using election banners with religious slogans on them.

Twenty-two others were detained in Giza province, south of Cairo. More than 150 members have been detained nationwide in the past days. However, the group has still managed to field 19 candidates for Shura Council elections, reports said Wednesday.

The Shura council, a consultative body, is the upper-house of parliament with 264 seats 88 of which are filled by direct presidential appointment. The Shura mid-term elections are scheduled for June 11.

The Muslim Brotherhood had prepared earlier to field more than 40 candidates, but only 19 have managed to complete registration in view of administrative complications and other hurdles such as arbitrary detention.