The Kefaya coordination committee, a group of 70 people from all sectors of the opposition, will meet on Aug. 17 to draw up a new programme of activities, the new leader said. 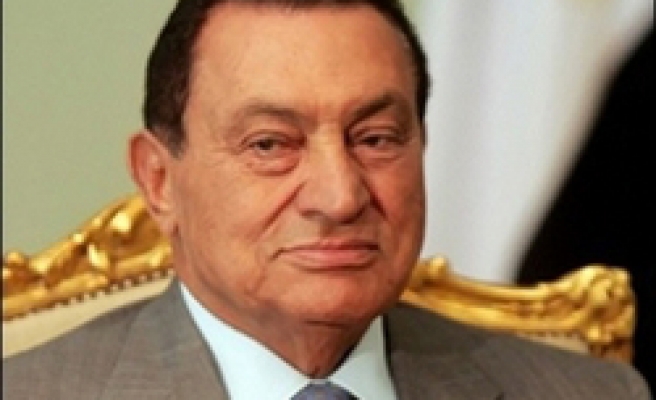 The new leader of the Egyptian protest movement Kefaya, which tried to prevent the re-election of President Hosni Mubarak in 2005, said on Friday Egypt now faces the possibility that Mubarak will seek another term.

"Our original aims are still valid, because he may be re-elected in 2011," Abdel Gelil Mustafa told Reuters.

"Can you assert the contrary now? Nobody knows in a clear way what is going to happen and this is a source of great anxiety and uncertainty," he said in an interview.

Mubarak, who turned 80 in May, has been at the helm of the most populous Arab country for over a quarter century, making him Egypt's longest-serving leader since Mohamed Ali Pasha of the 19th century.

Critics say he has prevented opposition groups like the Muslim Brotherhood from gaining significant sway in government, and his leftist challenger in a 2005 presidential election is currently in jail on a forgery conviction.

Mubarak won a fifth six-year term as president in 2005. Analysts said at the time they expected the Mubarak family to start work on installing Mubarak's politician son Gamal, 44, as his successor.

But halfway through Mubarak's current term, Gamal has advanced only one small step -- from committee chairman to assistant secretary-general in the ruling party.

Mubarak, who would be 89 at the end of a sixth term, has never ruled out standing again for the presidency. In 2006, he told parliament he would retain responsibilities for changing Egypt for the rest of his life.

Mustafa, a 73-year-old cardiologist from an Arab nationalist background, said it was hard to assess the intentions of Egypt's rulers because of a lack of transparency.

"We don't know exactly what they have in mind. It has been their custom to manage this country in a secret way, mimicking a gang more than a responsible government," he said.

But Gamal Mubarak, a former investment banker associated with some of the country's wealthiest businessmen, would never win popular approval, he said.

"I don't think that this young man, from the popular point of view, has any chance to rule Egypt. This is clear. But from the authorities' point of view the issue is different," he said.

The movement, whose name means Enough, began in 2004 and was most active during preparations for presidential and parliamentary elections in late 2005. It organised regular street protests but rarely mobilised more than 1,000 people.

Mustafa said its street activities had since declined because the government had become "more aggressive and more cruel" after the United States lost interest in promoting democratic alternatives to its Middle East allies.

The police tolerated street demonstrations in 2005 but has since reverted to its policy of breaking them up by force.

"But this is not the totality of the scene," Mustafa said. Social groups and networks, such as independent trade unions and Internet activists, have sprung up to challenge the government, he added.

The Kefaya coordination committee, a group of 70 people from all sectors of the opposition, will meet on Aug. 17 to draw up a new programme of activities, he said.