Ashraf Marwan, the son-in-law of the former Egyptian president Gamal Abdel Nasser and a suspected spy for Israel, has been found dead outside his central London flat in "unexplained" circumstances. 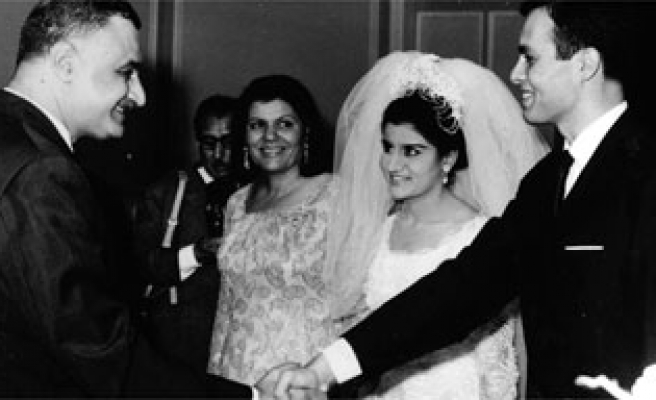 The well-connected financier is believed to have fallen from a fourth-floor balcony in Carlton House Terrace overlooking St James's Park.

A spokesman for Scotland Yard could not confirm the man's name but said: "The death is being treated as unexplained."

The 62-year-old grandfather died amid controversy about his role in the intelligence and business worlds. Mr Marwan, who had also been a member of former Egyptian president Anwar Sadat's inner circle, was suspected of tipping off the Israelis about the start of the Yom Kippur war in 1973.
He was a former shareholder in Chelsea football club and had a colourful list of associates. According to reports today these included Adnan Khashoggi, the arms dealer; Ken Bates, the former Chelsea chairman who now owns Leeds United; Mohamed Al Fayed, the owner of Harrods; and the Libyan leader, Colonel Muammar Gadafy.

Some politicians in Egypt have demanded an investigation into reports that Mr Marwan was a double agent for Israel.

Gad Shimron, a former officer with Mossad, the Israeli intelligence agency, turned military historian, told Reuters: "We know now, from testimony given by Israeli spymasters and made public years after the Yom Kippur war, that Marwan was the man who tipped off Mossad."

It was alleged in a book in 2004 that Mr Marwan gave Israel an early warning about the start of the war, but Israel's leaders ignored it and were caught by surprise when Egypt and Syria attacked.

It was reported that Mr Marwan first walked into the Israeli embassy in London in 1969 and volunteered to give information and was initially turned down, but later recruited by Mossad.

In the 1960s he worked as an assistant to Nasser and married his daughter Mona.

After Nasser's death in 1970 he became a political and security adviser to Sadat during his presidency.

Later in the 1970s Mr Marwan worked as head of Egypt's government-owned military industry complex. He retired and moved to Britain 25 years ago to work in business.