Egyptians head to the polls on Monday for elections to parliament’s upper house amid a massive crackdown on candidates and supporters of the opposition Muslim Brotherhood. 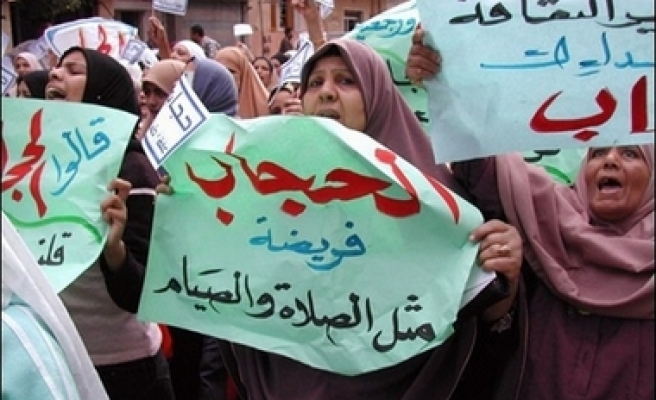 Egyptians head to the polls on Monday for elections to parliament’s upper house amid a massive crackdown on candidates and supporters of the opposition Muslim Brotherhood.

The Shura Council is composed of 264 members of which 176 members are directly elected and 88 are appointed by the president. It has an advisory role. Membership is rotating, with one half of the council renewed every three years.

Two of the country’s main opposition parties, the pan-Arab Nasserist and the liberal Wafd, are boycotting the vote.

But the Muslim Brotherhood, the largest opposition bloc in parliament’s lower house, has defied a new constitutional ban on political activity based on religion, by fielding candidates under their slogan of “Islam is the solution.”

The run-up to the election has been marked by “one of the worst crackdowns” on members of the group, say Brotherhood officials and security sources.

The Brotherhood says 790 members, including three women, have been detained since December.

The government accuses the group of seeking to revive its military wing, but group’s leaders believe the crackdown is in reaction to their shock gains in the 2005 legislative elections, which saw them clinch one fifth of the seats in parliament.

President Hosni Mubarak’s ruling National Democratic Party (NDP) will be fielding 109 candidates, while the Brotherhood will put forward 19 candidates running as “independents,” hardly enough to have an impact on council decisions.

“With only the NDP able to campaign, this uncompetitive election is not representative,” Mustafa Kamel Al Sayyed, a professor of political science at the American University in Cairo, told AFP.

Observers say that amid widespread apathy, only about 10 percent of the 23 million registered voters are expected to turn out.

Some 1,850 permits were granted to local and international NGOs to monitor the ballots, according to the Higher Election Commission spokesman, Sameh Al Kashef.

Mubarak’s party, which has vowed to give women a more prominent role in politics, is putting forward one female candidate.
Last Mod: 11 Haziran 2007, 14:00
Add Comment