Egypt's ruling National Democratic Party swept the elections for four vacant parliament seats, state media said on Monday, in polls the opposition said were marred by detentions of its supporters and low turnout. 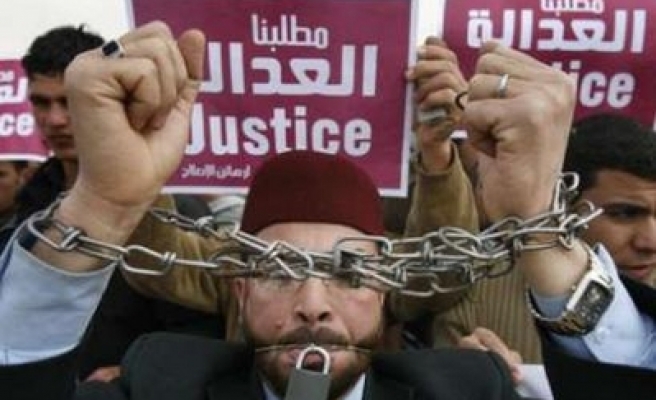 Ruling party candidates won all the contested seats in the coastal city of Alexandria and the Nile Delta province of Kafr el-Sheikh, the state-run Middle East News Agency reported. The elections took place on Sunday.

The Muslim Brotherhood, the strongest opposition group in the Arab country, was vying for three seats in the two provinces. The group accused the government of rigging the vote.

The Interior Ministry has denied the charges.

Witness and Reuters reporters said only a trickle of people voted on Sunday.

The Brotherhood said police rounded up 21 of its members on Sunday. Security officials put the number at 17.

The four seats were vacant since the 2005 parliament elections when a legal challenge halted the vote.

The Islamist group is the largest opposition bloc in the parliament, where the ruling party holds a comfortable majority. Brotherhood members, running as independents to bypass the ban on the group, won roughly one-fifth of the house in 2005.

Analysts say authorities want to stop the group from making further electoral gains that could help it threaten the 27-year-rule of President Hosni Mubarak, Egypt's longest-serving leader since Mohamed Ali Pasha in the 19th century.