France will mark the start of its six-month presidency of the European Union by lighting up the Eiffel Tower in blue with yellow stars, recalling the EU flag, newspaper Le Parisien reported on Friday. 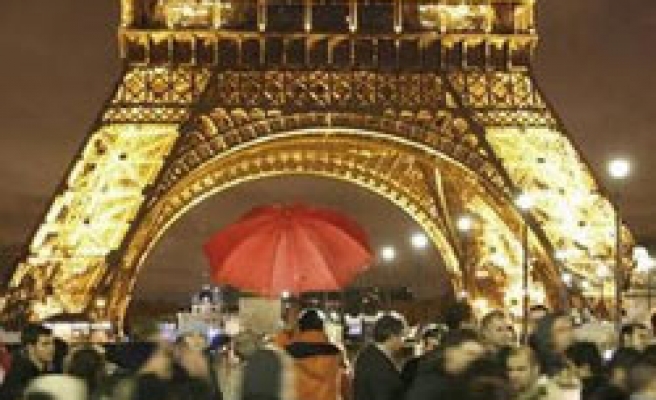 The 300-metre (984-foot) high tower, France's most recognisable monument, will take on its blue hue with a giant circle of stars every evening for two months from June 30, the eve of the French presidency, Le Parisien said.

Eighty giant projectors on the ground and 100 more on the tower will be necessary to achieve the blue effect, it said.

The tower's standard night-time lighting since New Year's Eve in 1985 has been orange-gold, but unusual illuminations have marked events as diverse as the start of the new millennium, the Chinese New Year in 2004 and the rugby World Cup in 2007.

The year 2000 was celebrated with a new twinkling effect that proved so popular it was re-installed in 2003 to last another decade. The tower twinkles for 10 minutes every hour on the hour from nightfall to 2 a.m.

Blue lighting in honour of Europe is not unknown: the Eiffel Tower turned blue on May 9, 2006, to mark the 20th celebration of Europe Day. But on that occasion it didn't have a circle of stars.